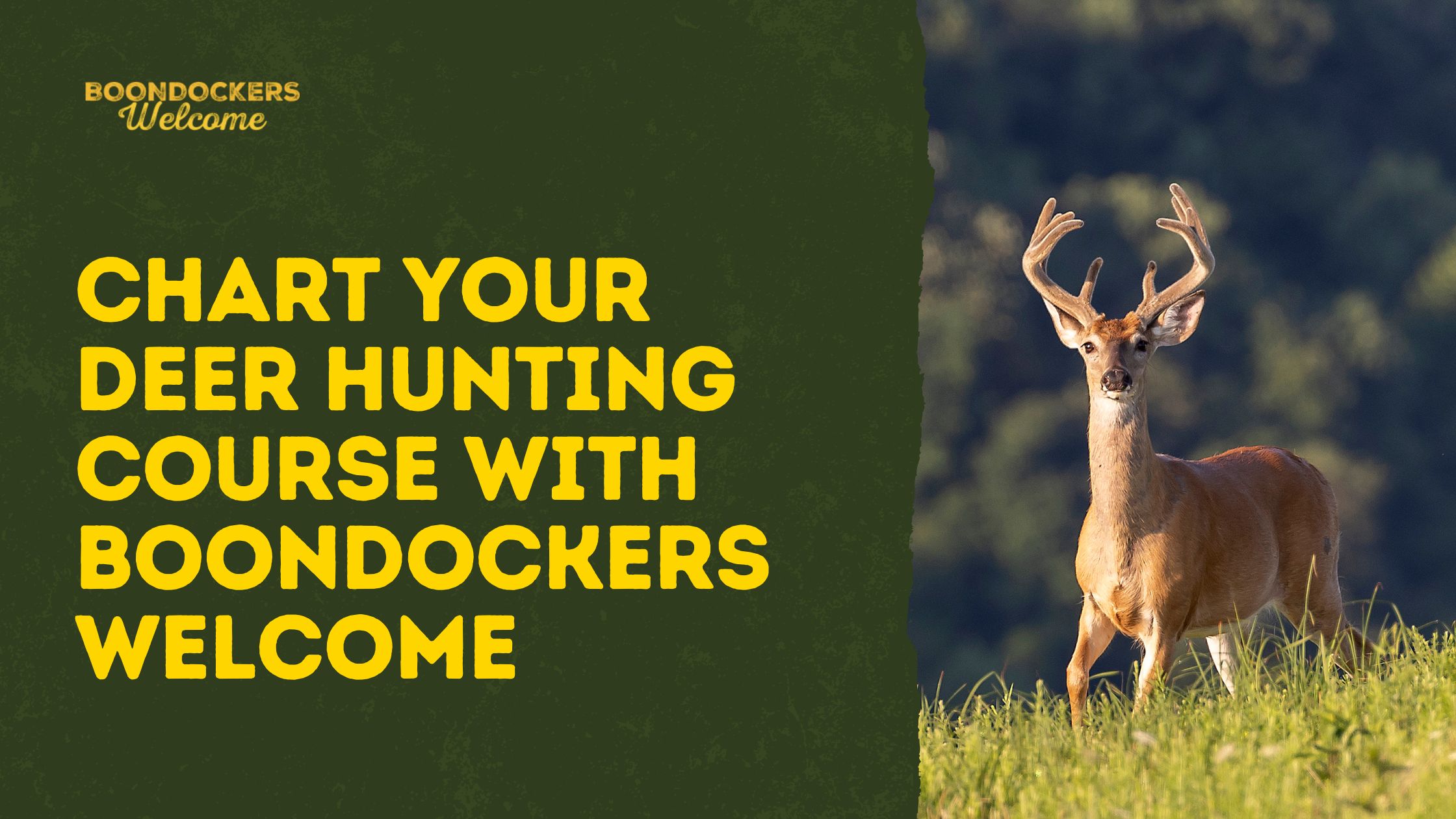 Much like baseball games, beach getaways, and fishing trips, deer hunting is a classic American pastime. Some people hunt close to home, while others plan multi-state trips to hunt out of state. In either case, you need the right environment for deer hunting. That usually means open space and some sort of forest, whether it’s alpine mountains or high desert.

With many Boondockers Welcome host locations on acreage, in rural settings, or near national forests close to some of the country’s best deer hunting regions, you’ll never have to stress over finding the perfect dispersed campsite again!

This deer hunting season, consider staying a couple of nights at a Boondockers Welcome location. You’ll have a guaranteed campsite and peace of mind knowing your gear is safe and secure. Plus, if you’re traveling to an unfamiliar area, the host may be able to offer local insight!

We’ve put together this guide with information on 10 of the best states for deer hunting, along with Boondockers Welcome host locations in each of those states.

While Alabama isn’t known as a major trophy destination, it does have an enormous, healthy deer population, a long deer hunting season, and many different areas including public land, wildlife management areas (WMAs) and refuges , private leases, and more.

Near Bankhead National Forest with easy access to some of the best deer hunting in Alabama, this 40-acre property can accommodate big rigs, welcomes ATVs, and allows stays up to three nights.

If you’re going to bag a trophy in Alabama, it’ll likely be in the famed Black Belt Region, so-named for its rich, fertile land. Riverview is in the Black Belt, accommodates 45-foot rigs, and has a generous 5-day max stay.

Situated in far northern Alabama near several (WMAs) and on its own 45 acres, Treblehook Farm offers guests opportunities to fish (catch-and-release), kayak, and canoe in the private lake.

With a nickname of “The Natural State,” you can be confident that Arkansas has some epic deer hunting. There’s a ton of public land across several national forests and the state focuses on both quantity and quality — whether you’re looking for a trophy or just want to fill your freezer, you’ll find plenty of targets.

Situated within minutes of the Ouachita National Forest and quirky Hot Springs National Park, this host location has great access to both great deer hunting and creature comforts.

Another BW location near Hot Springs (deer hunting in the Ouachita Mountains is really good!). Bonnerdale sits on a private five acres and accommodates RVs up to 32 feet.

With convenient access to the southern section of Ozark National Forest, aptly-named Country Life has 30 acres with a creek and pond, plus is just 30 minutes from Fayetteville.

It’s easy to overlook the flat plains of Illinois, but it’s actually one of the best deer hunting states. Bowhunting is particularly good, especially because the firearm season is short. Head to Shawnee National Forest in southern Illinois or the “Golden Triangle” — Adams, Brown, and Pike Counties.

This host location offers quick access to the renowned deer hunting in Shawnee National Forest. It sits on 20 acres and has a flat blacktop for RV parking.

Southern Illinois has such a great deer season that we included another host location in Eldorado! This one is on 10 acres just 30 minutes from Shawnee National Forest and countless lakes and trails.

Located in town and within the heart of the famed “Golden Triangle,” this host location puts hunters within quick reach of potential trophies.

It may come as a surprise to some that a place known as “The Sunflower State” and “The Wheat State” consistently produces some of the top trophy whitetail deer. True hunters, however, know Kansas is a top deer hunting destination every fall.

Hidden in the Trees – Osawatomie, KA

Looking for a place to camp near the famed Marais des Cygnes Wildlife Area? This host location is nearby on 10 acres, and just over an hour from Kansas City.

Convenient to Topeka, Manhattan, and the Tuttle Creek Wildlife Area, this is a hunters’ dream campsite.

If you’re lucky enough to win a permit in the lottery for hunting the Tuttle Creek Wildlife Area, it doesn’t get much better than this spacious host location. The shop can host big rigs up to 70 feet.

Kentucky is widely considered a top deer hunting state, primarily because it’s so large and has a massive deer population. It’s estimated that there are only seven hunters per every square mile in Kentucky! Being that the state is so big, however, you want to stick with a few key areas: the Bluegrass, Green River, and Purchase regions.

Straddling the Purchase and Green River hunting regions, this stay is ideal for sportsmen. The 3-acre property has plenty of room for multiple RVs and welcomes stays of up to five nights.

Not far from Gracey and close to the famed Land Between the Lakes National recreation Area in addition to known trophy deer hunting areas, Schafer Acres is a great stop for hunters.

In the heart of the Bluegrass hunting region, Steeple View Farm is a fantastic host location. The farm can accommodate multiple RVs and even specifies that availability is reserved for licensed deer hunters during the season!

The Show Me State notoriously produces trophy whitetail bucks. In fact, the world record non-typical whitetail, aptly named Missouri Monarch, came from here! The northern part of the state is where most record-breakers come from, but don’t overlook other areas, especially near national forests.

Enjoy quick access to some of the best public land hunting in the Midwest at this host location. Mark Twain National Forest is minutes away and the location itself is rural, with plenty of peace and quiet.

Want a chance at some of Missouri’s biggest, most impressive bucks? Stay up to five nights at this horse and cattle farm with plenty of space for multiple RVs.

A general rule of thumb is: the closer to the Iowa border, the better the deer hunting in Missouri. This host location is just 10 miles from Iowa, on 300 acres in one of the top counties for deer, Schuyler.

Right in the middle of the country where mountains meet prairie land, Oklahoma is well-known as a premier deer hunting state. In fact, Realtree gives it an “A” rating and ranks it among the highest in the country! The population is healthy and there’s trophy potential in every corner of the state.

Convenient to some of Oklahoma’s best trophy deer counties, including Pushmataha, Pittsburgh, and Love, this rural host location is ideal for deer hunters.

Right off Route 66, this RV park offers quick, easy access to just about anywhere you plan to hunt, plus convenient onsite amenities.

Adjacent to Osage County and reservation, one of the biggest and best deer hunting counties in the state, RafterX is a hunters’ dream. There’s a ton of space and full hookups are available.

The Mount Rushmore State is often-overlooked for deer hunting, which is one of the things that actually makes it a top destination. Fewer hunters = far more opportunities. Nearly 5 million acres of public land present endless chances, particularly in the eastern part of SoDak and the Black Hills in the west.

Near the massive Black Hills National Forest and Sturgis plus attractions including Mount Rushmore, Badlands National Park, and others, you can add sightseeing to your deer hunting trip.

This host location is in a rural area near the Missouri River, Oahe Reservoir, and some of South Dakota’s best deer hunting opportunities.

Texas is so big and so diverse that there’s really not much it isn’t great for. Deer hunting is no exception! With all the private ranches and farms, there’s very little public land, but there are several wildlife management areas and BLM land, especially in south and west Texas, along with Hill Country.

If you’re hunting in Hill Country or far south Texas (Uvalde, Jim Hogg, and Dimmit counties are known for producing trophies), this is the perfect host location.

West Texas, and Tom Green County in particular, are notorious for producing big bucks – and lots of ’em. This 1,300-acre cattle ranch is adjacent to Tom Green County, and offers plenty of space, plus views.

The Cowboy State is world renowned for its spectacular nature and beauty. It’s home to great hunting opportunities, also, particularly in northern and eastern Wyoming. There are a ton of options, including public land (and quite a bit of walk-in only land), private land, reservations, and some requiring a guide.

Camp on seven private acres for up to four nights as you scout the land near Devil’s Tower and the South Dakota border in eastern Wyoming.

Enjoy plenty of room and a fantastic location with this host. Near one of the state’s premier deer hunting areas (Riverton) and just 60 miles south of the Grand Tetons, you may not want to leave!

Home on the Range – Burns, WY

This gracious host welcomes RVers for up to five nights on 40 private acres surrounded by an additional 7,000. You’ll have great access to southern Wyoming deer hunting, plus towns including Cheyenne. 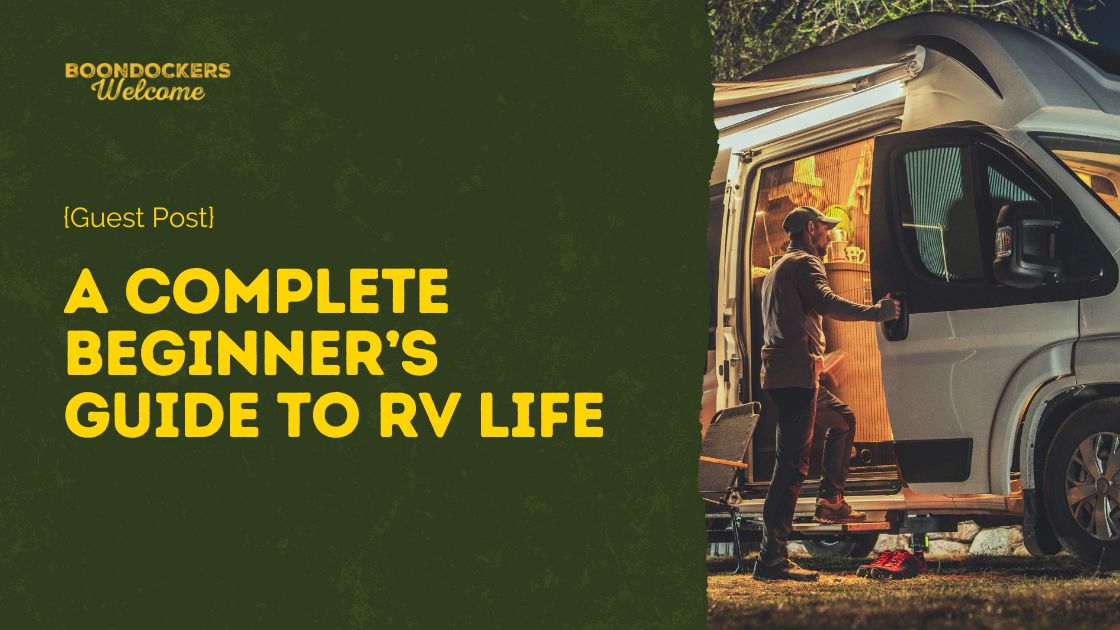 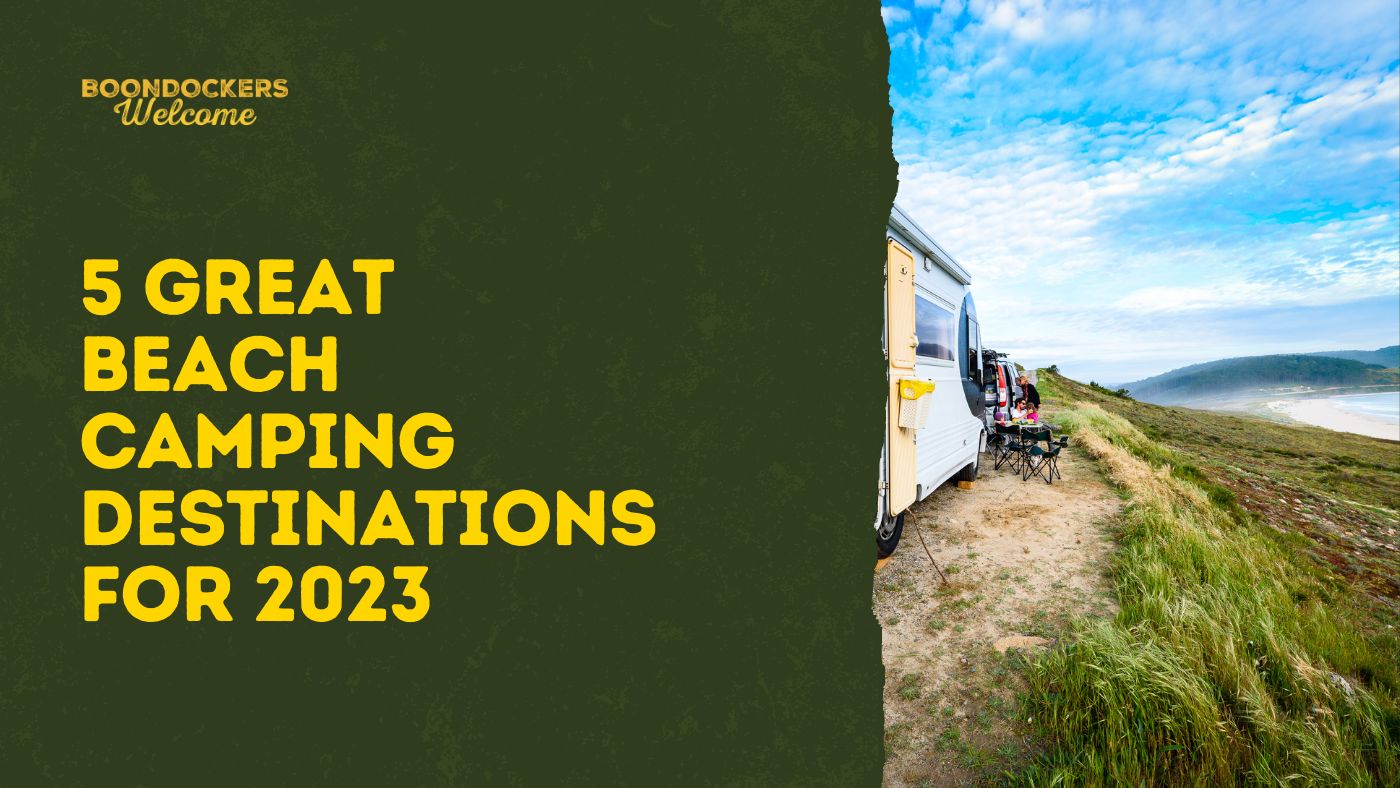 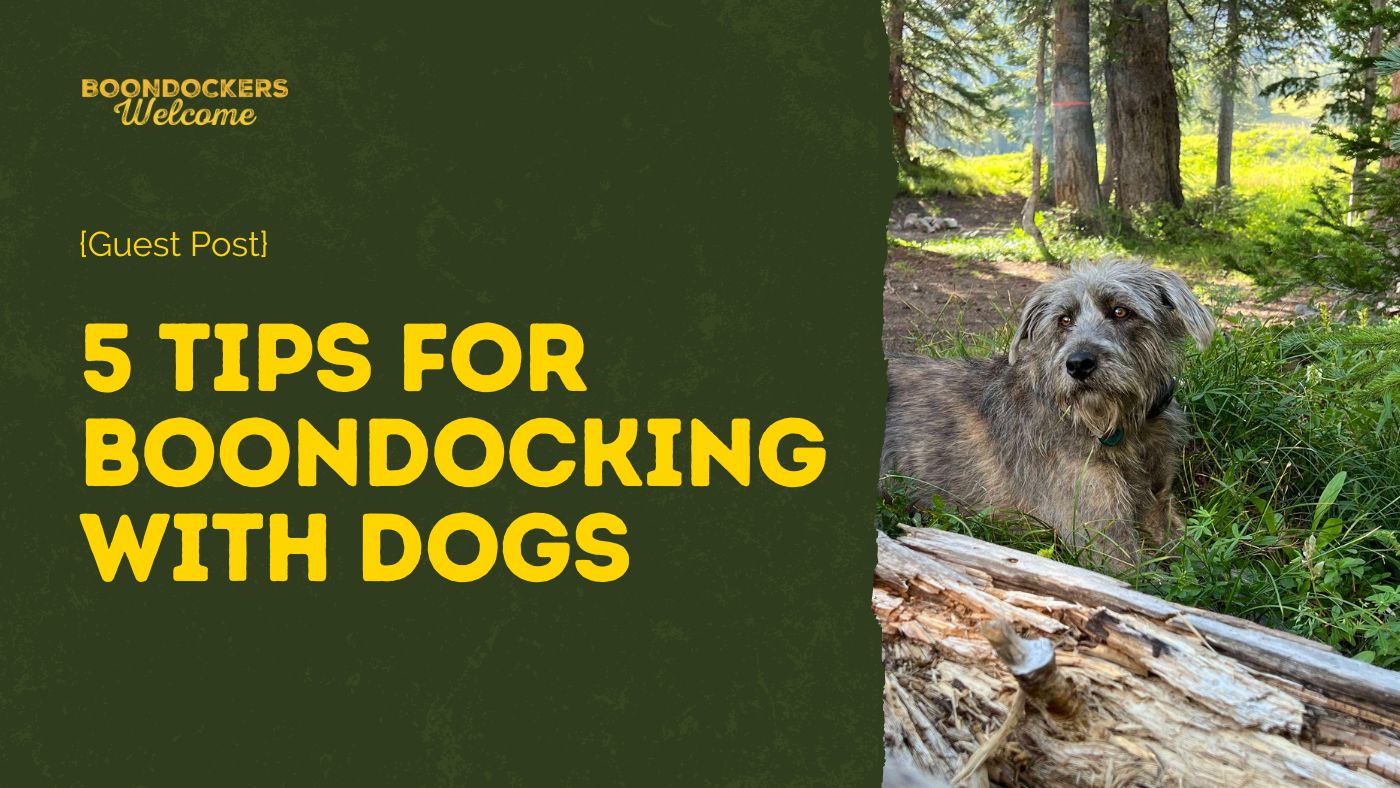