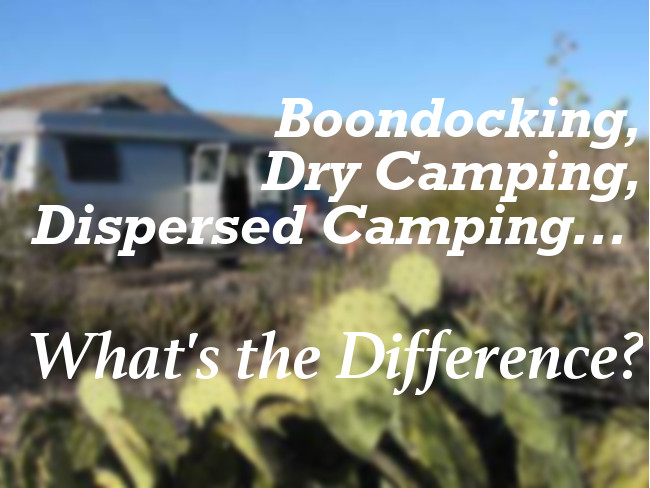 For some reason seeing these terms used incorrectly always seems to rattle me, especially when it comes from someone who’s been doing all three of them (boondocking, dry camping, and dispersed camping) for as long or longer than we have (nearly 20 years).  I’m not a stickler for perfection (as you may notice if you’re nit-picky about grammar and punctuation), but since it does bother me for whatever reason, I hope you’ll allow me to politely educate you.

I’ve seen arguments erupt on forums over the correct definitions so, while you may think you’re right, so do I!  (And guess what – this is my blog so you’ll be getting my opinion  ) To reassure you it’s not a serious complaint, I’ll start with a personal anecdote:

Shortly after we launched Boondockers Welcome, we realized there are people who now think Anna and I invented the word, boondocking, to describe what our members do when they park on a host’s property. It made us smile. But, if you are among those who thought that, please know we’re not laughing at you. Anyone new to RVing will soon realize there are many strange new terms to learn. And what could be a stranger word than “boondocking?”

I’m not sure when or how exactly the word boondocking originated; however, it’s definitely grown in usage among RVers since the advent of the Internet. So, I guess we contributed, at least slightly, to its current level of popularity. But no, we didn’t invent it.

Here are my definitions of these three terms. In my opinion, they’re too often used interchangeably when they really shouldn’t be.

The definition of boondocking is camping, in an RV, for free, outside of an established campground, without hookups or access to other amenities. 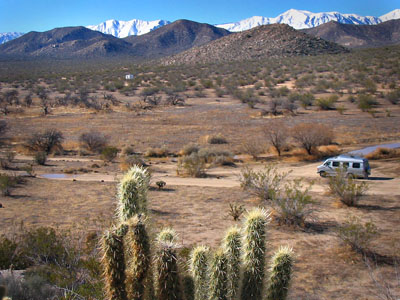 All of the above conditions must apply or, in my opinion, it’s not boondocking. So, no, you can’t be boondocking if you’re in a tent, if you’re paying for the campsite, or are in a campground, no matter how basic. The purest definition actually adds one more condition: that you must be “in the boonies”, away from civilization. I won’t argue with that – I’m sure it’s part of the true original definition. By leaving it out, I’m simply acknowledging that common usage of the word has expanded to allow for additional places, not just “in the boonies” (which, after all, is a relative term).

Dry Camping is camping, in an RV, without any hookups. 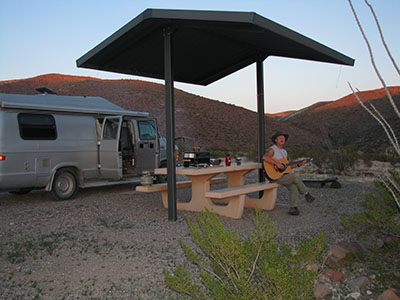 Dry camping can be free or entail a fee. Amenities such as tables or washrooms may be available or not. You can be either in a campground or outside one. But since tents don’t have hook-up capability in the first place, calling tent camping dry camping would be redundant.

Again, I’m not 100% sure where this term originated. The common theory seems to be it refers to camping without water access, therefore, needing to bring your own. My interpretation is that, even when water and/or electric are available, if you’re not “hooked up to it,” you’re dry camping.

Dispersed Camping is camping in an RV, a tent, or without any form of shelter, for free, outside of an established campground, on public land (owned by some level of government), without hookups, or access to other amenities.

According to those definitions, we technically could have named this site, Dry Campers Welcome. But it just doesn’t have the same ring to it as Boondockers Welcome, does it? And it’s probably easier to explain what boondocking is than to have to explain that our hosts welcome RVers even if they’re a little wet on arrival. 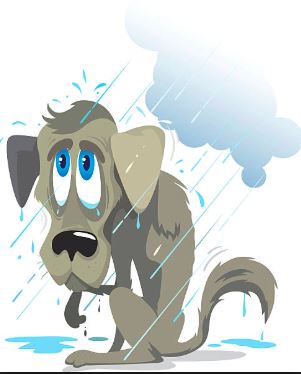 While I’m on a roll, here are my definitions for other associated terms you might come across:

Designated Dispersed Camping: An oxymoron for sure. But some public land agencies are now limiting dispersed camping by designating the exact spots where you’re allowed to camp.

Freedom camping or free camping: Common terms used in Australia and New Zealand to describe camping in a tent, vehicle, or any form of camper, in a public area that’s not a designated campground.

Wild Camping: A common term used in Europe to describe camping in a tent, vehicle, or any form of camper, in a public area that’s not a designated campground.

Moochdocking: Boondocking on a friend or relative’s property.

Stealth Camping: Inconspicuous camping. Being careful to hide the fact you’re spending the night in a vehicle (usually where it’s illegal to do so).

Car Camping:  You arrived at your camping location by car and will likely set up a tent. It does not mean sleeping in a car.

Boondocking (alternate meaning):  Another common use of this has nothing to do with RVing at all. It’s a snowmobile term and describes off-trail exploration in back country with virgin snow.  But, although I’m Canadian (and some may think we travel by snowmobile all winter) that definition comes from outside my area of expertise. I had to google it, so I could be wrong.

I might also not completely understand the European and Down-under terms. So, if you’re interested in educating me, I welcome your definitions or just some additions and corrections. What IS a definition, after all? According to one source (that I googled), it’s a statement of the exact meaning of a word or phrase. If looking for the “exact” meaning sounds a bit too nit-picky, please know that I don’t need to be right about any of this. But I’ll continue to think I am – until you convince me differently, of course.

Happy camping, folks – no matter where you do it or how you define it. 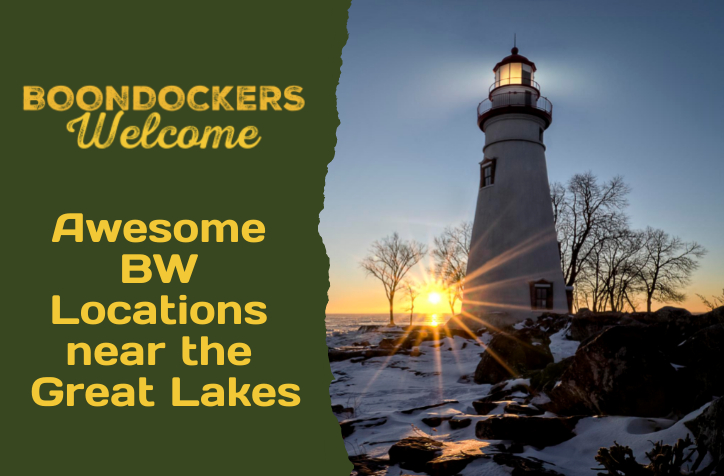 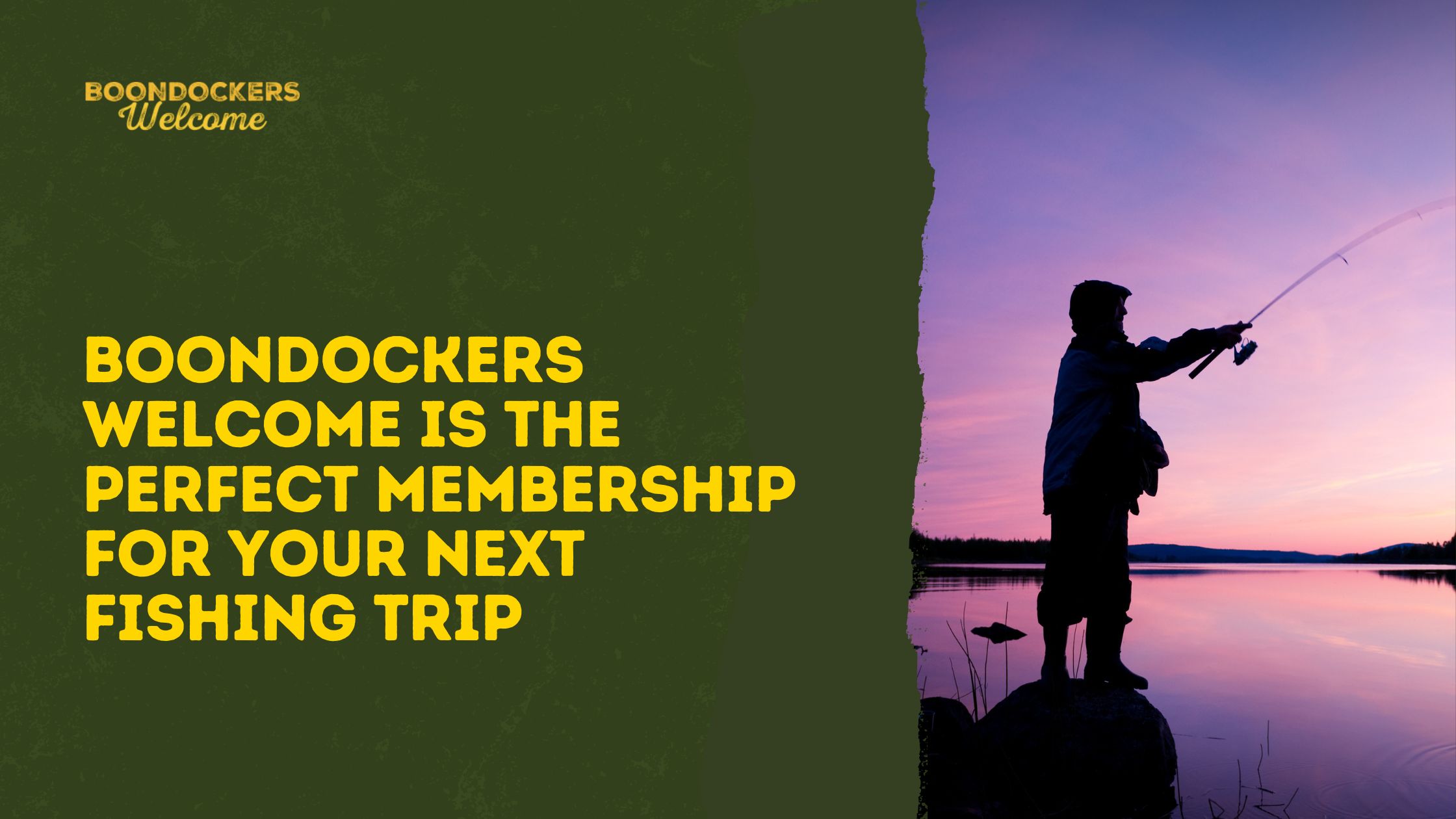 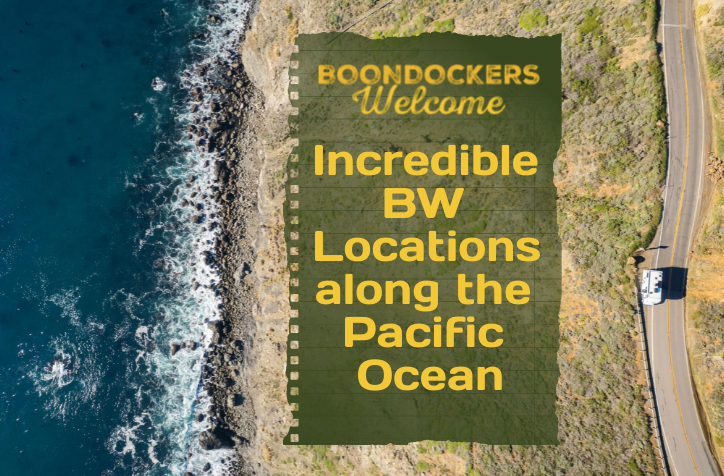