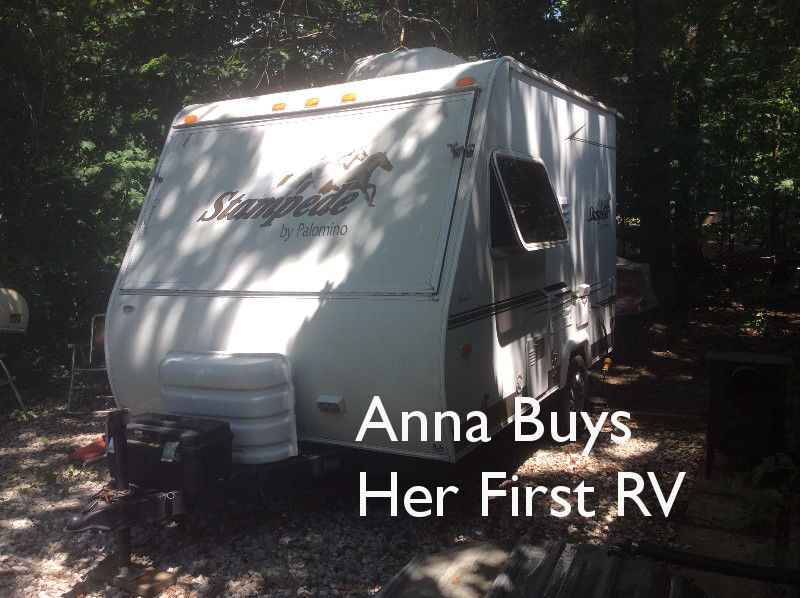 I have a confession to make. “Marianne and Anna” are the Boondockers Welcome team, but I’ve not been holding up my end of the “built for RVers, by RVers” bargain, because … well … I’ve not been an RVer. Gasp! That is, until now.

I’m very excited to announce that I am finally joining the ranks, and learning how to walk the walk, after years of talking the talk. This summer will mark our first summer as an RVing family. Hooray, hooray and happy day!

The process of getting here has been difficult for us, as I’m sure it was for many of you. The vast number of choices, and deciding which one was the right one for us, was and is just overwhelming. We went to RV shows. We read forums. We listened to podcasts and watched YouTube videos, and still, deciding what was the right fit for our family took a lot of time and research. (Although I’ll be the first to admit, we’re not fast decision makers at the best of times. Throw in the fact that we’re talking about large quantities of money here, and our decision making all but ground to a halt!)

I’ll spare you the details of the back and forth, but here’s the short version of where we started and where we ended up.

What we had before:

A Hyundai Elantra Touring and a tent. Well, eventually we also had a utility trailer that our little Elantra could tow which held the large amount of camping gear that would no longer fit in our car. Our two boys (ages 6 and almost 9) just keep getting bigger, and even with roof racks, we couldn’t fit all the stuff. And then of course, we started to bring things like the InstantPot with us when we went camping. At that point, I knew that we’d moved past tent camping and we’re ready to upgrade to an RV. 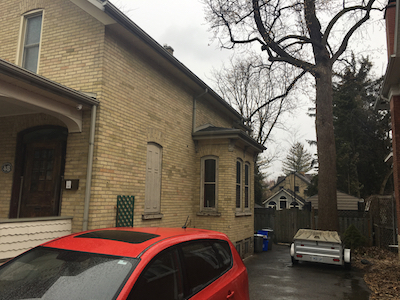 I clearly never thought enough of the car and trailer to take a proper pitcture of them in full camping setup, but here's a picture where you can at least see both of them.

What we have now:

We kept our Elantra, but in addition we now also have an 2006 Dodge Durango and a 2004 15’ Palomino Stampede Hybrid trailer. We knew we weren’t ready to go crazy and buy new (although we were tempted a few times!), and we really wanted to make sure that our first kick at the can wasn’t so expensive that if we decided that something was not right, we would be losing tons of money. Plus, we’re bargain hunters just like our Boondockers Welcome members! So the hunt for a good used truck and trailer made the process a whole lot longer than I would have liked. But in the end, I’m so very happy with what we’ve got! 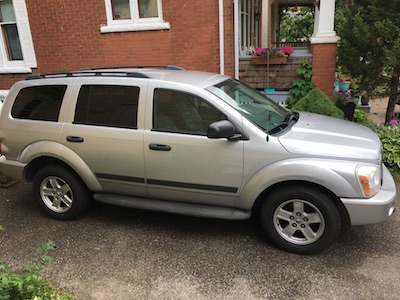 The Durango is in amazing condition for being 12 years old, and as a bonus it seats 8 and can function as a kid-towing beast. The Boondockers Welcome Kitchener office is 30 feet from my bedroom, so the fact that our second vehicle is horribly fuel inefficient wasn’t a deal breaker. If we were planning on using it to commute regularly, we may have had to spring for something newer with better gas mileage, but given the infrequency with which it will get driven when not towing, it didn’t make financial sense to pay a ton more for better fuel economy. 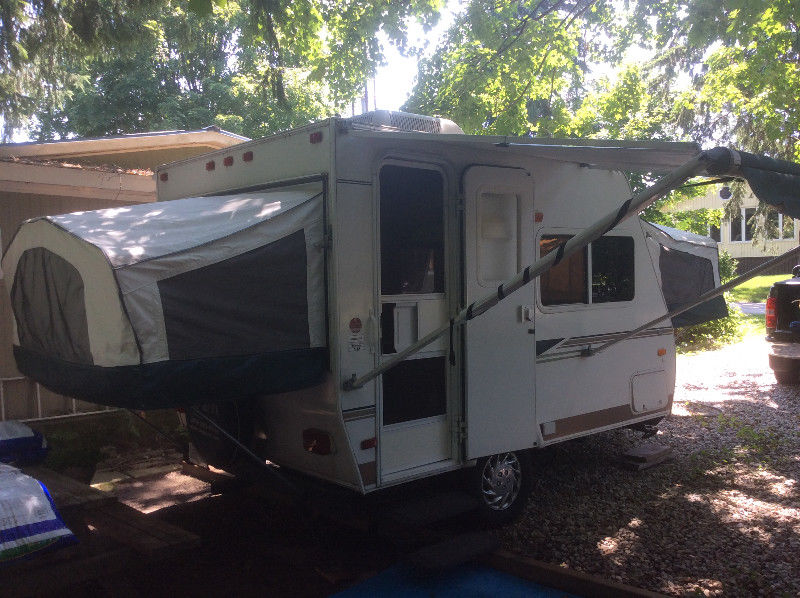 As for the trailer, we briefly toyed with the idea of getting a pop-up as a “starter” RV, but I knew that I was in this for the long haul (both figuratively and literally!) and so it made more sense for us to go to something that would be a real good step up from tent camping. Plus, I needed a toilet! We decided to try and stick to something small though for ease of towing and fuel economy, so the obvious compromise was a hybrid. They have the great advantage of being relatively lightweight but being able to provide enough space for a family of four plus a couple of young guests if the boys bring along friends for a weekend.

So after the truck was finally sorted out, the Kijiji hunt for the trailer started, and we managed to relatively quickly find a great trailer that was well taken care of and just perfect for us. We’re so happy to introduce you to “Toto” , our trailer and the newest member of our family! (Daniel, our 6 year old, came up with the name – “Because we tow it!”) At only 15 feet long, it’s probably the shortest trailer I've seen on the market that can still comfortably sleep 4 people, but with 2 bunk ends it feels quite spacious when they're open. The center is pretty much just a small dinette, a toilet and a tiny kitchen, but that’s all we need at this point, so we’re happy campers. 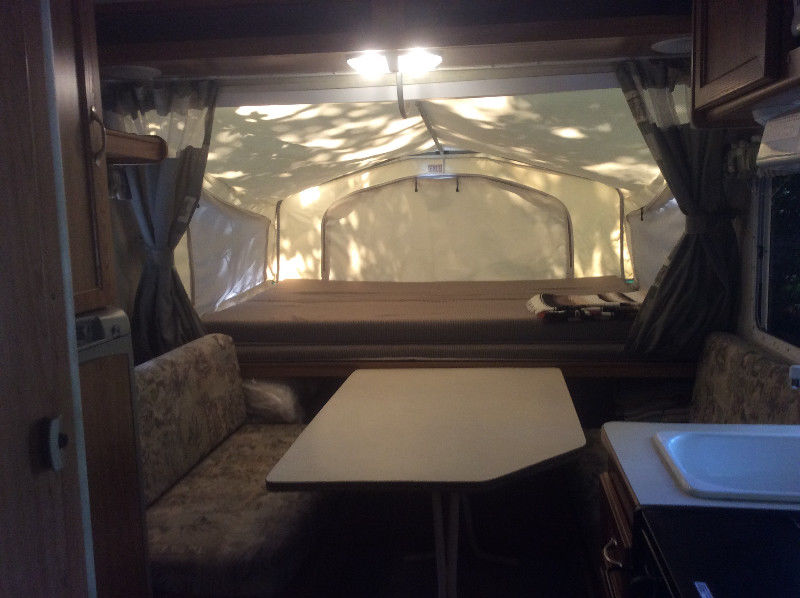 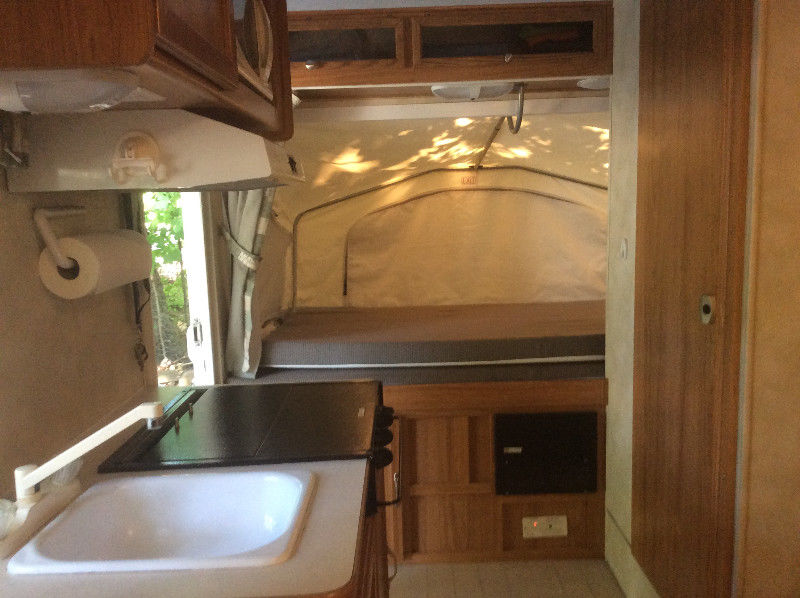 That first week we got Toto, the boys and I camped out in the driveway with her. (It was also convenient since our house was unbearably hot!) This gave me good opportunity to get used to her setup and collect all the "stuff" that we needed to have in her. Our first real trip with her is this weekend – we're currently at Turkey Point Provincial Park on the north shores of lake Erie, where we’re having our annual camping trip with 4 other couples  – friends from my university days – and their kids. We are the first family of the group to move up from tent to RV, but I doubt we’ll be the last. I’m so excited to test out and show off my new baby! We’ve got bigger and better things planned for later this summer too, but I’ll save those details for another blog post.

For now – I’d like to welcome myself to the club! Thanks everyone for having me! 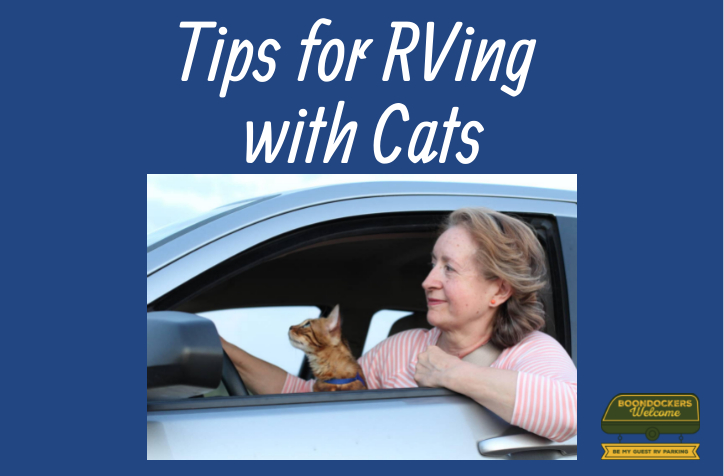 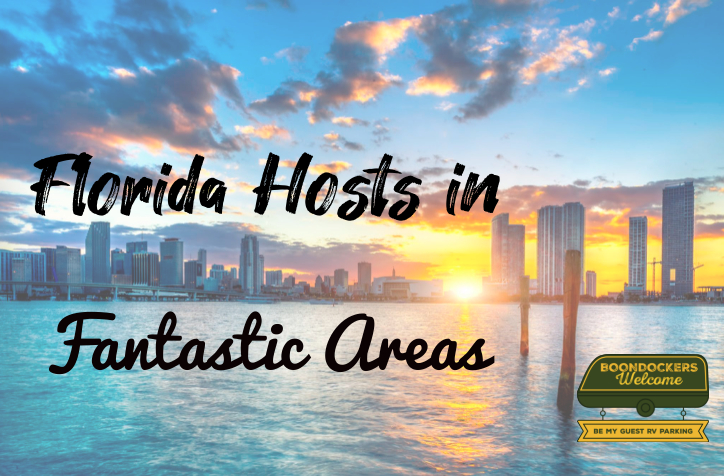 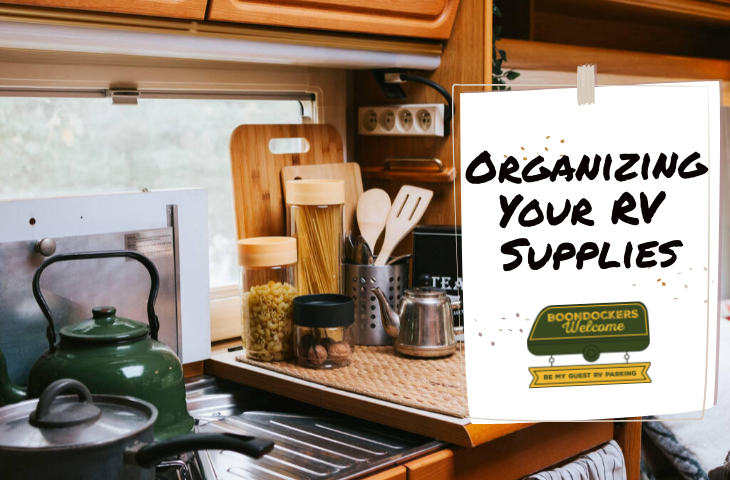