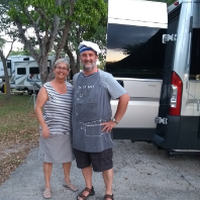 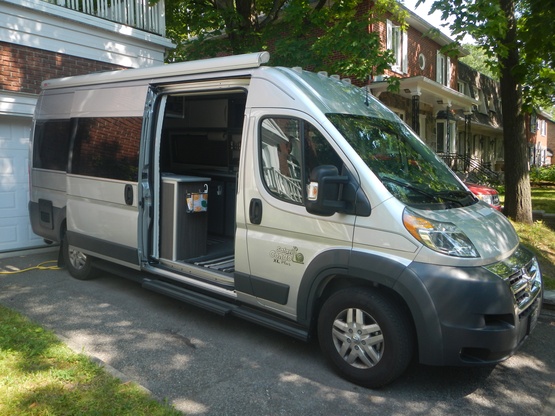 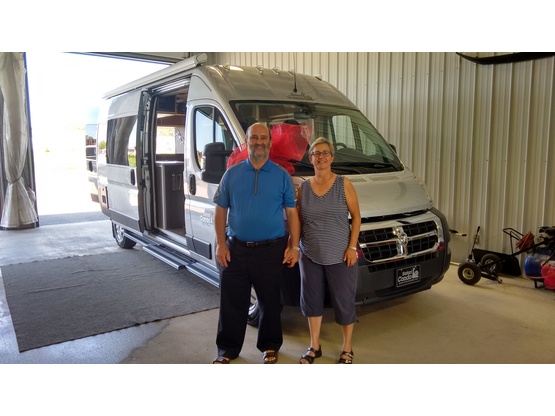 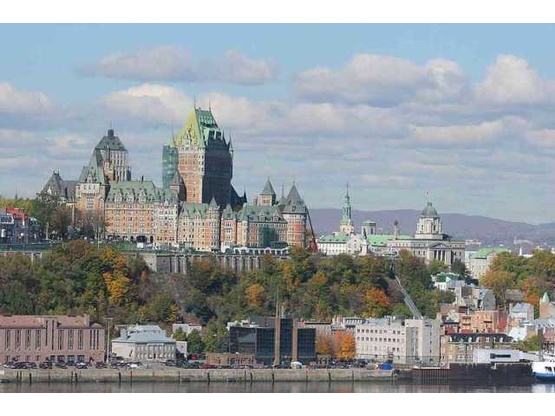 Quebec City is a marvellous city to discover... with its European atmosphere...

In addition, we have visited :
• in Canada: Quebec province of course, Newfoundland, Nova Scotia, Ontario
• United States: South Carolina (with Blue Ridge Parkway, Skyline Drive, Washington, and Amish Country near Lancaster); Louisiana (2 times), passing through Nashville and the Natchez Trace Parkway; Texas (2 times), passing through Kansas City and the Ozark Mountains in Arkansas; the US West (canyons in Colorado, Utah and Arizona), via the Santa Fe Trail; Florida (4 times), for a total of 5 months ...; the state of New York (Finger lakes); Ohio, Columbus (for an NCAA football game with OSU Buckeyes, and the Amish country in Ohio); Georgia (Atlantic coast).

Unfortunatly, we can't host RVs. However, we can provide information about a boondocking sites and a free dump station at 2 miles from home, e.g. Quebec City.

Since I am an Official tour guide of Quebec City, we like to share our passion by guiding guests in Old-Quebec City, the first permanent French settlement in North America (1608). 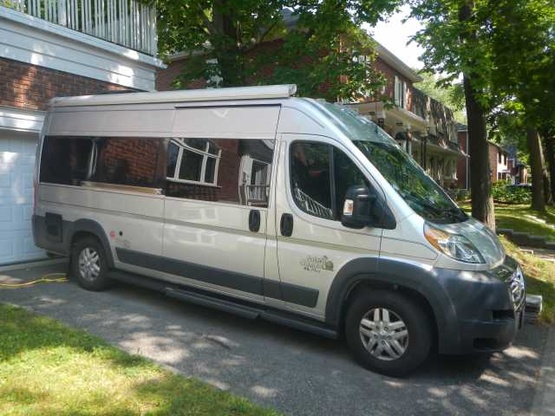 We have a campervan Safari Condo Promaster Ram XL Plus 2017 (20 feet-long).

Thanks for your pleasant company during your stay at " Country Pride".
Most enjoyable, easy going guests with lots of information and ideas.

Hopefully we will get to Quebec City in the near future and meet up with you.

Stay safe and will see you somewhere down the road.

P.S. I really am enjoying my new favorite beverage Campari . Thanks

We've hosted Hudy, great people. We visited Hudy in Quebec City. Hudy is a great guide, he knows all the ins and outs of the City, what a history lesson! If you're looking for a local guide in Quebec City, Hudy is the man to contact.
Fantastic City, Fantastic Guide! Thanks.

A pleasure to host

We enjoyed hosting Yves and Diane. They are so appreciative of being able to boondock and very respectful of the host and their property. Very interesting couple and we had some great conversations. We would definitely look them up to be our tour guide if we were to travel to Quebec, Canada. We are looking forward to hosting them again when they return to Florida.
Butch & Judy

This couple is so easy to host and so interesting to chat with. Wish they could have stayed a little longer and I could have had more time with them. We learned a lot about their home town and hope to make it up there soon.

A quick stop for an overnight

Absolutely Fell in Love with Them

A beautiful couple. We absolutely fell in love with them!! It was so much fun speaking French with them. We learned a lot about Quebec and there customs. It was a pleasure to host them! We hope to go visit them in Quebec next year!

It was our pleasure to host!

Yves and Diane are an absolute delight! It was great to meet them and we very much enjoyed the time we had the privilege of spending with them. They were social while always respectful of our home and family, and we are looking forward to spending time with them again!

no formal intro but clear communicators

This team stayed at our place, we were out of town so we did not formally meet them. The were clear communicators. Safe travels.

This is the second time we've hosted Hudy. These are great people, they are great friends. We had such a good time we are headed to Canada next summer. Travel safe.

Recent stay with us

Great couple. Wonderful to get to know and talk with. Very friendly and comfortable to talk with. We really enjoyed visiting with them. We look forward to hosting them again in the future.

Nice people and had quite interesting talks with them.

This couple spent one evening with us recently and were very easy to accommodate. They are fully self contained and their rig is only 20 foot long. Communication with was excellent and they even texted when they were close to arrival. Conversation with them was fun and educational. We highly recommend them as guests

What fun and interesting conversations

We hosted Hudy for two nights. Yves and Diane are lovely people, very interesting and we had fun with good conversations. Can't wait to visit them and get a private tour of Quebec. They are most welcome to return anytime.