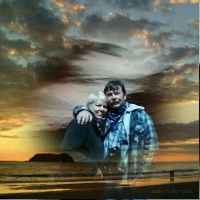 Wife and I and our little dog, Buddy, love to travel and explore. 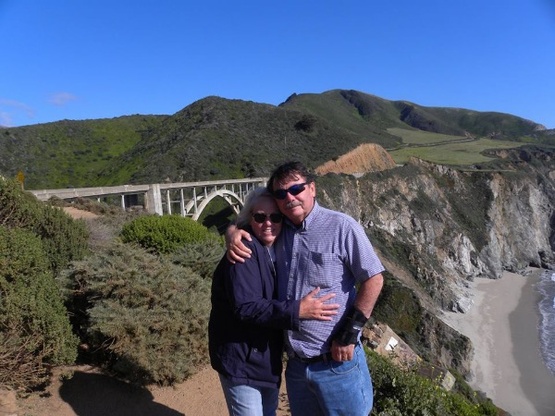 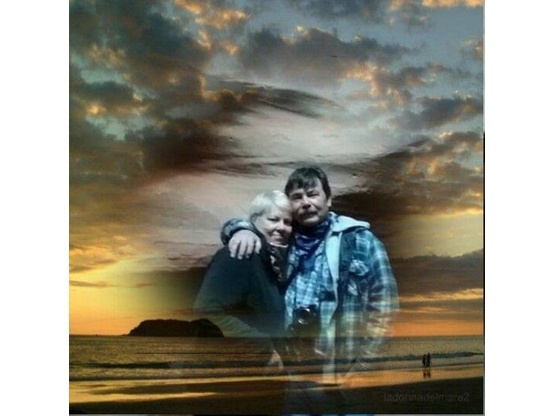 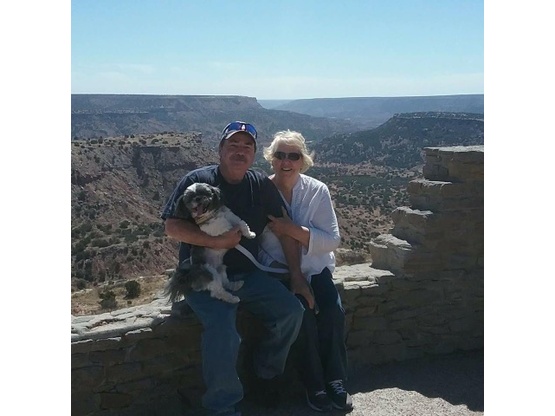 Retired from truck driving but I pick up an occasional acting job as an extra now and then for beer money. Alice and I have been married 42 years. It's been the happiest 6 months of my life! lol.. just kidding, I like to joke a lot as you can tell. City boy marries country girl is our story. She taught me the joys of country food, living off the land and loving all animals and nice people.

I fly a small open cockpit aircraft called a powered parachute. I play guitar pretty good and I can make a mean margarita.

Buddy, he loves children and small dogs. He is timid around large dogs. He won't bite you but he may lick you to death. His breed is ... well I don't know how to spell it but its kind of like the word for number 2 in the bathroom plus "you" got it?

In Pensacola Beach Florida you can travel down to the end of front beach road and there is a parking lot there with a small bathroom/change building. You can boondock there for a night or two and it is right by the beach. Now, don't hang your close out on a line or look like you are squatting but we have never had the dreaded late night knock on the door.

We are right outside of Covington TN where the best BBQ pork sandwiches ect. are to be found. Memphis is just a 45 min. Drive away and they have pretty good BBQ too. 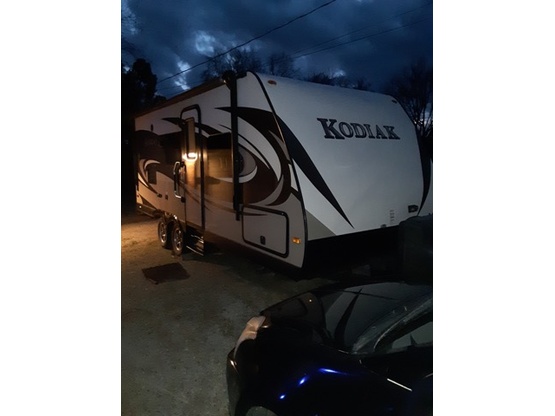 We have a smaller 25 ft Kodiak trailer with one dinette slide on drivers side that extends out 2 feet. We tow the trailer with a Toyota Tundra single cab, Pickup truck. It is not a dually and has an 7 foot bed. (That never has to be made) (-: We also sometimes travel with a Lance truck camper in the bed of the truck but never travel with both the Lance and the Kodiak. 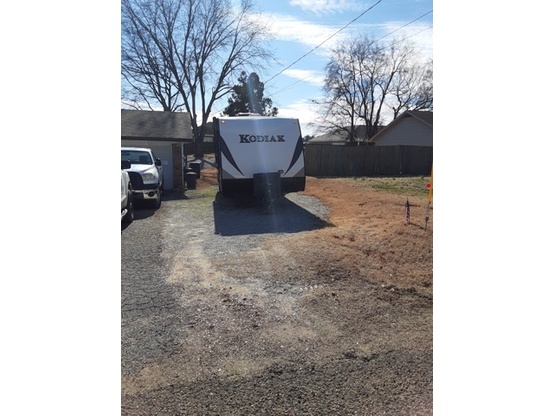 Doc and I had a wonderful time on the host property. They were very nice and helpful. We were able to spend some time together and get to know each other a little more. They were just really nice people. Doc and I appreciate them having us on their property. Thank you again for having us.