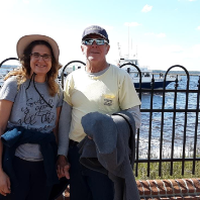 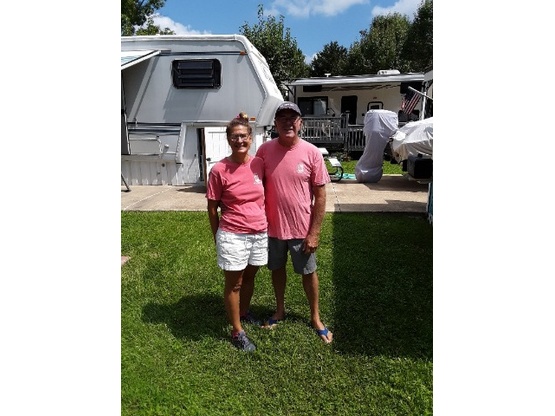 Married retired couple living in Blairsville, Ga. looking to travel and enjoy meeting others. Blessed to have adopted three children, now adults living locally. We enjoy boating, biking and the outdoors. Flo is a retired RN and Dale is a retired contractor, maintenance mechanic and outboard mechanic.
We are a Light for Jesus & His
Hands & Feet to Others!!
Looking forward to our travels and Boondockers Welcome experience. 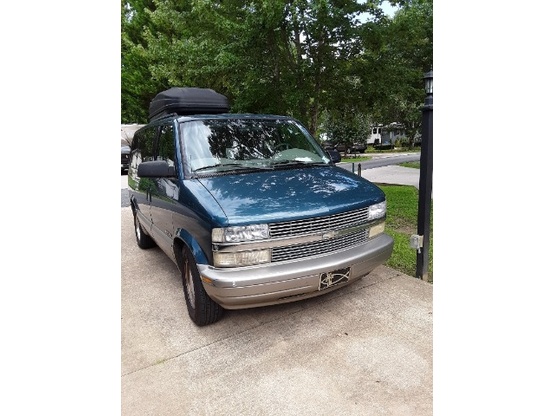 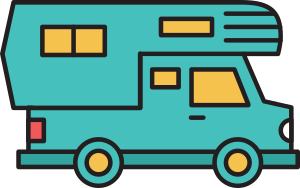 Full of warmth and friendliness. Thoughtful and courteous. Welcome back anytime.

Dale+FloOak3 requested Reservation TUE 06OCT2020 at 13:45 (1:45-pm) for 1-night same-day stay. We graciously accommodated this last-minute request. A long harangue got crammed into a short time before their cancellation 4-hrs. later.
Hosts, temporarily off-Premises during Guests' arrival, told them we'd return an hour or so later and clearly described Guest Parking in meadow area. Communication via phone call(s), texts.
~~Guests agreed to tap 20-Amp service without offering to pay for it.
~~Then claimed receptacle wasn't working (possibly tripped breaker themselves after plugging in their extension cord?)-- when simply pushing button re-sets GFCI.
~~Then relocated their van into our private family parking area-- carport clearly off-limits to Boondockers. Host twice asked them kindly move to designated parking. Guests argued, asserting their entitlement to park in our carport, falsely claiming fleas in yard (there aren't) making us wonder if Guests bizarrely brought their own.
~~Creepy turn of events when Flo asked one of us, "Do you live alone?" "Um. Say what?"
~~On departing, our Guests (before Hosts' return) failed to restore driveway barrier that they had moved to access Property in our absence.
FREE venues (Boondockers Welcome "BW") shouldn't expose Hosts to drama, insults, mischief, invasion of privacy, overall attempts to take advantage of good Southern Hospitality.
Sadly, thoughtless behavior sours things for trustworthy RVers, No more "Make yourselves at home, we'll be back *shortly*." We were left feeling we got WAY too much *Kookiness* for what we're paid ($0.00) as BW Hosts. Even to the point of quitting BW and sticking w/ Harvest Hosts.

Dale+FloOak3 spent one evening with us at the beginning of her across-country journey. She is very friendly and easy to talk to. I enjoyed talking with her and learning about her life and faith. May God go with you as you move across the country!