Hi! We're Max and Nikki, a couple in our mid-20s on our first cross-country road trip. We both work full-time, Max as a Strategy Consultant,, and Nikki in Non-profit Management. We decided that instead of working remotely from home in Chicago, we want to travel the country and work from the road. We're looking forward to seeing as much of the U.S. as we can on our adventure!

No pets currently, but recently fostered a puppy!

Just getting started! Hope to update this as time goes on

Max is originally from Toledo, Ohio and Nikki is from Randolph, New Jersey - We both currently live in Chicago, Illinois 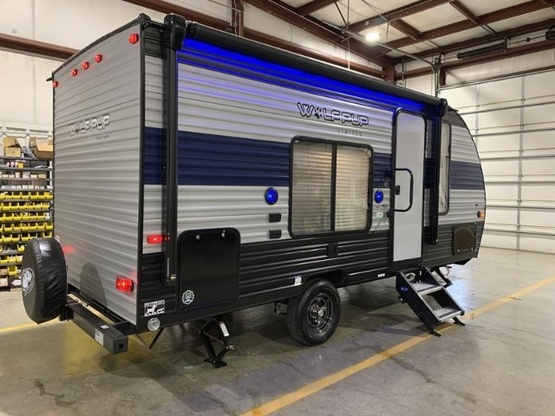 Tried to work this out personally by text don't like to leave other than positive review, no choice

So, I have to say that I don’t feel completely great about leaving a less than good review about someone, but it seems like the basis of this website is trust and this is the first time that I believe my trust was not reciprocated. I tried to reach out and have this conversation by text and got no response, so I guess this is what we are left with…. I have never left anything but perfect reviews in the past and they were all 100% honest so I guess I need to be 100% honest here as well.

I may have missed a sign of where things were headed when immediately after I accepted the (2 night – the max I allow) stay I got a request to extend the stay for an additional day and to be allowed to stay until “early evening” of the 3rd day – so really asking for more than just an additional night. I knew my wife would be away until at least 7 pm that evening so I assumed it really wouldn’t necessarily cause us any issues. But still – a little ballsy to ask for an exception to our two-day limit – anyway, no real problems to here. My wife even offered them to come into our back yard and use our patio.

Fast forward to 7:30 Saturday morning (the morning following his second night) – I went outside to help load our SUV for my wife who was headed out on an overnight trip with her friends. Max was in the driveway hooking up his SUV to his trailer and he asked me if I had received his text? I hadn’t, as he had sent it at 6:40 that Saturday morning and I had not looked at my phone as I had just got up to help my wife load up. He explained that his trailer batteries were “dead” and he needed to charge them so the text was to ask if he could use one of my outlets since it was an “emergency” and otherwise he would pull his trailer to a “parking lot somewhere and run the generator to charge up”. Not quite sure why this was an “emergency” as to my knowledge it is easy to predict within several hours, how long the batteries will maintain charge, particular on a cool summer evening. I told him my wife and I were both up and we don’t have any neighbors close enough to be bothered so it was fine for him to run the generator and if he could not do that that he could unplug my 30amp shore power line to my Airstream Interstate Sprinter Coach. I personally would have used my propane to run my generator but for whatever reason, he chose to unplug my van and charge using our electricity. In my mind, strike two on being willing to take advantage of our hospitality.

Had that been the end of it I would have just written him a great review and chalked it up to - some people are just more comfortable than others taking full advantage of someone’s offered hospitality.

Then 6pm passed on Sunday the evening following his 3rd night. I started getting a little concerned that maybe I should have been clearer about what “early evening” meant to him. Then 7 and 8pm passed and still no word or sign. Hospitality Strike 3 - I was just about to message him on the BW site asking is status when my wife arrived home and asked my “why is your van unplugged, I thought you were equalizing your batteries” – which I was. I went and got my shoes on and by the time I got out to my van, my wife had already unplugged his trailer and reconnected my van. I asked him if he had unplugged my van and he said, “yes I thought it would be OK”. I don’t know where he got that idea and I blatantly told him I thought is was super ballsy. I honestly don’t know what if any damage is to my 4 AGM coach battery setup, but I do know I now need to postpone leaving on the trip I was to have set off on at 5am Monday as it will now probably take 16+ hours to re-equalize what is left of my batteries.

TotheMAX in this case seemed to indicate to what extent they were willing to take advantage of my hospitality.

I tried to contact him by text which I had - see above... absolutely no response.

Quiet couple with a small rig

Nice young couple with a small rig that was easily accommodated. They were so quiet I didn't even notice there were there the whole time. They asked if they could stay an extra night, and of course I said yes. They left a thank you note + beverages on the last day. They are welcome back anytime.

Nice couple that is welcome back anytime.

I highly recommend tothemaxkaufman! Everything went smooth from their friendly request to checkout. Very simple and straightforward.

I'm glad I had the opportunity to host you on your exciting journey. Keep on smiling and Stay safe.

We were happy we could accommodate these guests. It was such a cold rainy night when they arrived we were glad they got here safely. They were very respectful of our property and even stayed an extra night. We wish them Godspeed and safe travels as they explore our great country and follow their dreams.

Nice young couple. They are welcome back any time.

We hosted these awesome folks and were happy to have them. Good communication. Very friendly. We are sorry we didn't have more time to get to know them and talk about their full time life.

tothemaxkaufman showed up and never knew they were there.
Hope they stop again so we can meet them!

Very sweet guests and nice to talk with. Encouraging to see young ambitious campers making it through this Pandemic time on the road. Welcome back anytime.

Although we had very little time together, it was terrific to meet this wonderful couple. They are having some terrific travel adventures (while also working!). We now have RV envy! They have a great setup. We would welcome them back anytime!

We were happy to host tothemaxkaufman in the early stages of their trip around the country! These "kids" (haha) are far from that! Their adventurous spirit is something to be admired as is their discipline to combine work and travel. They communicated well, they treated our property with utmost respect, and they went above and beyond their responsibilities as Boondockers Welcome guests. We wish them all be best as they become seasoned RVers! Do not hesitate to become part of their adventure by offering them a stay!

Tothemaxkaufman were wonderful guests. They kept in contact with arrival and departure times, and with changes that came up. They’re a very friendly and courteous couple. It was nice to meet them and they’re welcome back anytime.

We really enjoyed hosting Nikki and Max. They communicated with us consistently, were so friendly and just a pleasure to get to know. Our family would have liked them to stay longer! We wish them all the best on their cross country adventure and would welcome them back anytime!

It was a pleasure to host these nice young people who were working from their RV. We didn't meet in person but they were very good about communicating via Boondocker messages. They are welcomed back any time!

we enjoyed having you stay at the Okon Farm.... and you are more than welcomed to come back....