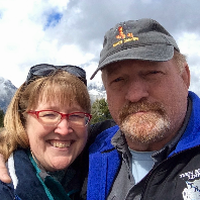 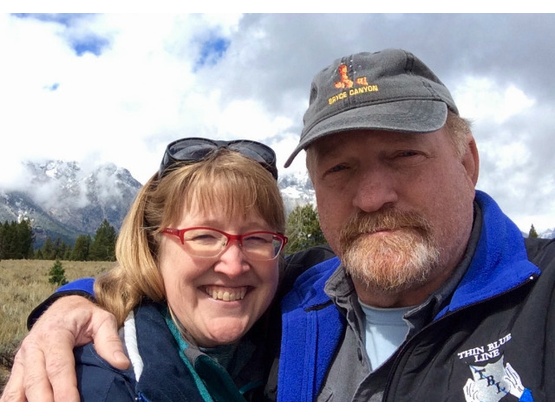 We are a retired couple exploring nature & cultural offerings as we live our life on the road. Bruce is retired Army (Sergeant Major) and retired U.S. Fish & Wildlife employee. Sandi is a retired national park ranger having worked in numerous National Park units and a National Wildlife Refuge. Relative newlyweds, they are traveling the country exploring the sights, sounds, tastes, climate & culture of each place they stay.

Yes. We are owned by a 14 year-old orange tabby with amber eyes named Frendo. (He had a *major* attitude problem when first adopted way back when.) He rides along with us, holding down the king-sized bed or riding on the dash in the sunlight.

That's a tough one...we most recently lived in Farmington, Minnesota, where the Twin Cities of Minneapolis and Saint Paul and their suburbs meet farmland. Bruce is an "Army brat" having lived his childhood in Colorado, France, Panama, Wisconsin, Virginia, Minnesota, and Maine. Sandi grew up in northern Indiana with a bad case of John Denver poisoning, and left the Hoosier state after college. She has lived and worked in Ohio, Oregon, Wyoming, Montana, Arizona, Wisconsin, Nebraska & Minnesota. 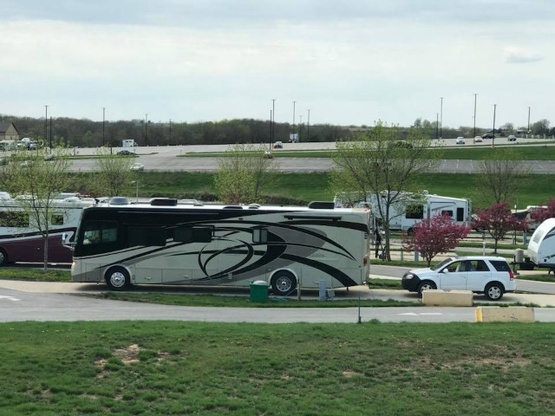 I wasn't sure if their 40' rig could make the sharp turn into the site. This very experienced couple made it look easy. My son and his family were also camping there and Sarge offered to help him erect the canopy over the cooktent/picnic area. They were quiet and polite. I would definitely love to have them back.

Fun to meet Sandi and Sarge and have them stay at our place. They were very nice people, respectful of our property and even pet our mutts.
Y'all are welcome back anytime!!