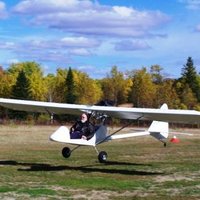 My wife and I live in a small town in Northern Ontario Canada. 2014 marked our 50th anniversary. Starting in April of 2014 and for three months, we were on our "50th Anniversary North American tour". We traveled just under 19000 km, driving through 16 States, DC and 5 Provinces. We crossed the border at Buffalo, went down the east coast, to the gulf, made a right turn, picked up parts of route 66 and on to California, up Coastal highway #1 to Vancouver Island and east back to our home near North Bay Ontario. We managed to get a lot of items crossed off our bucket lists. In 2015 we crossed another item off the bucket list and toured Newfoundland. We drove 6000km on the island alone. 2016 my wife broke her ankle and we stayed at home. Plans for 2017 were completed with a tour of the east coast of Canada and with a great excuse for going. Our eldest grandson got married. We had an incredible experience being part of a wedding in a tent that blew over in a gale. All's well that ends well, we picked up all of the tables in the tent, pushed a bunch of stuff around in the barn and continued. Great meal, friends and new relatives. Our plans for 2020 are to introduce ourselves to our new great granddaughter in Nova Scotia and check out puffins and icebergs while we are on the east coast.

Skilled at mechanics, building, wiring, fair cook, built and fly my own airplane.

Suzi, a miniature Golden Doodle the youngest member of the entourage, who is now well seasoned with over 30,000 km of travel under her collar, and Gypsy, a Cornish Rex cat who is the veteran traveler with about 50,000 km of travel.

Nowhere special springs to mind, just love to travel. Best meal ever was at he Big Texan. I am partial though to large beaches that allow well behaved dogs. Most entertaining meal was at the Diner Bell Restaurant in Sweetwater Tennessee.

I live in a small town in Northern Ontario Canada 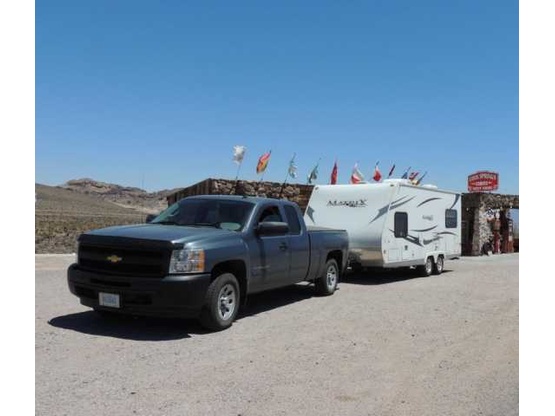 Silverado tug has been replaced with a new regular cab Silverado, haven't gotten a new photo yet. 21' Gulfstream Matrix. no slide-outs.