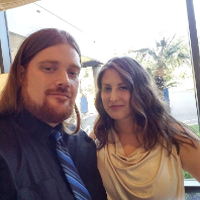 Travelling around north america with our cat 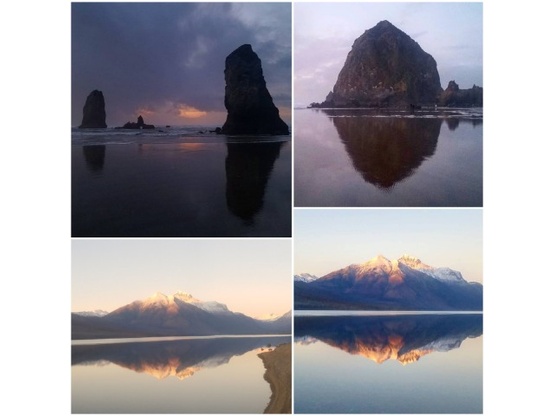 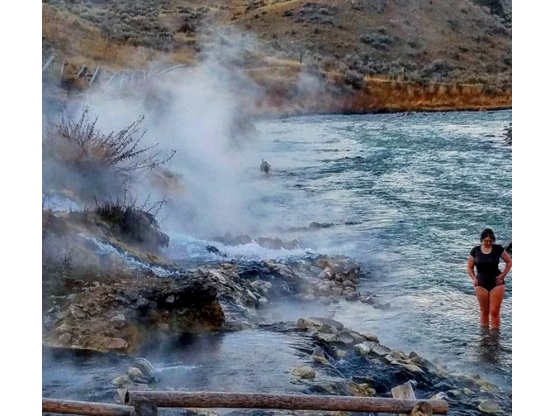 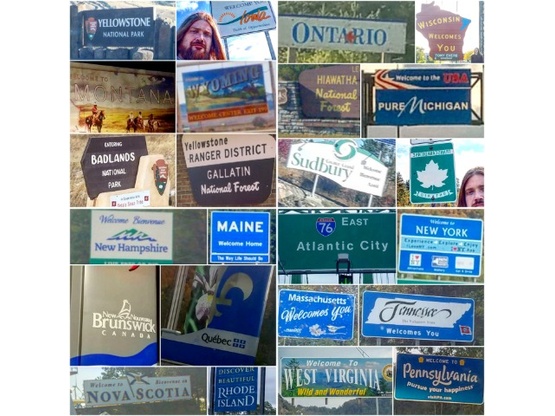 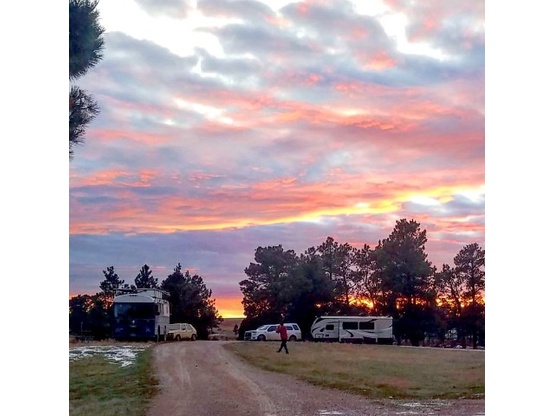 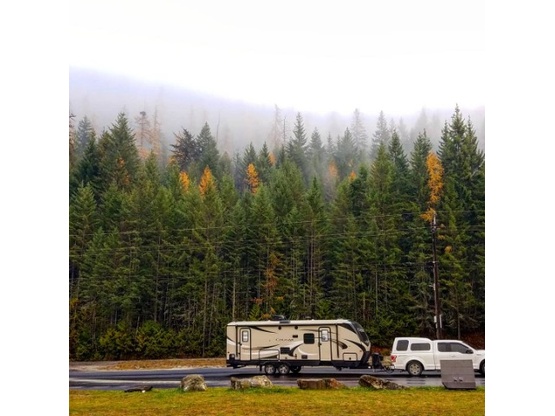 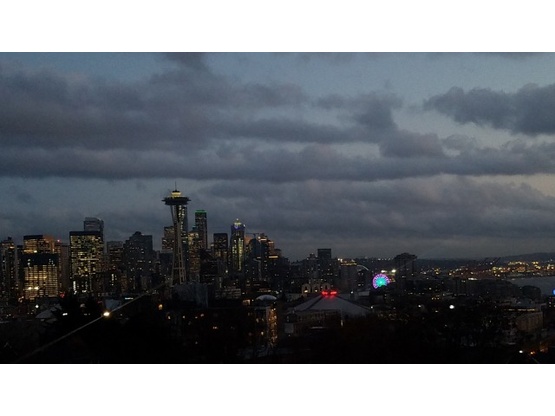 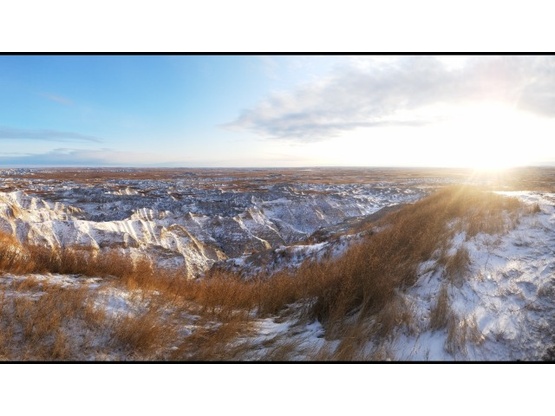 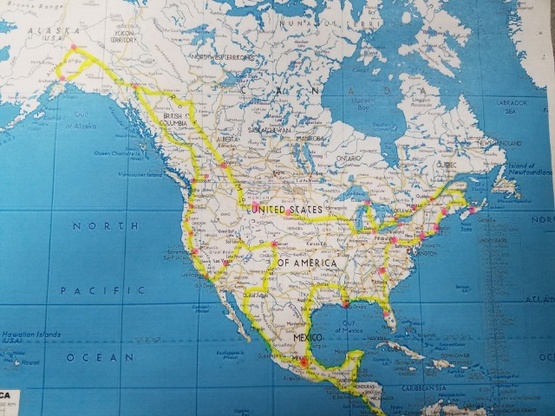 recently bought a travel trailer.
So the Wife, cat, and myself are travelling around the continent. Would love to hang out with some locals, or other travelers.
Just need somewhere to park our trailer!
Going to post a map with our route under my profile pictures. If youre anywhere along the route hit us up!
Basically left florida mid sept. Headed up the east coast hitting the smokeys and new england all the way to nova scotia. Then all the way across to the west coast kind of hopping back and forth between canada and the US hitting montreal, toronto, UP mi, dakotas, wyoming, calgary/banff and eventually vancouber BC. . And then all down the west coast to tijuana and then around arizona, nevada and colorado. Almost following rt 66. Finishing early january in Chicago. .

When not on the road....
currently live in Chicago. Before the road trio though we lived in florida, and im from canada.
After a few more months in chicago(for school) we would like to end up in the pacific northwest.
Im 30, wifes 28.

I caught the travelling bug in my late teens and went on a trip to Amsterdam, and Englands southern coast, and have gone on multiple international trips almost every year since.
I have loved pretty much everywhere I have gone and been to some of my favorite cities quite a few times. I would return to all of them again.
For some of my more recent trips I got engaged in Prague, then married in Jamaica, and honeymooned in Cuba.

Lived most my life in Canada and worked as a chef and had a catering company Doing weddings and dinner shows.

I was a chef for well over a decade.
Have worked in lots of hotels and restaurants and even owned my own catering company. I love learning other cultures recipes and cooking techniques. My goal is to perfect a few dishes from every region around the world.

We have one cat, she is super friendly and will try to climb in your lap. we have no problem keeping her inside the camper while staying places.

We have had so many great ones its hard to choose a favorite.

I am from Canada, just outside Toronto. My wifes from Florida. We now live in chucago, at least till august because of school, before that was clearwater florida for a few years. 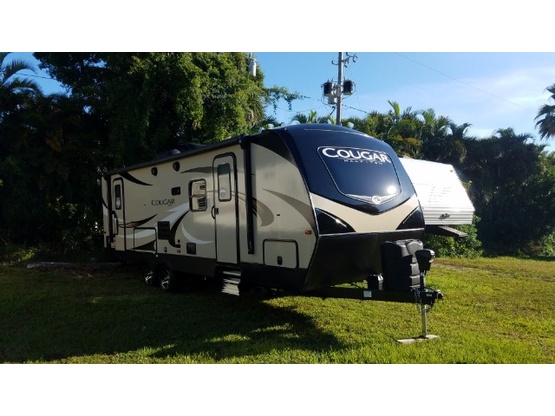 29 foot travel trailer. One slide on passenger side that extends a couple feet. And an f-150 pick up truck.

Great guests! We enjoyed two bonfires and shared stories of our various travels. They even offered us suggestions for our next camper. Very quiet and kind. Definitely would recommend!

Thanks for being our first guests!

Wonderful Couple that I would highly recommend to anyone.

What a nice couple. We had a very nice visit with them. Wish the weather would have been nicer but end of December in Iowa it could have been worse. Very friendly. Looking forward to the seeing them again next summer.

Nice people, very quiet, polite, and respectful. Not much time to interact due to weather, work, and holiday activities. Contribution to electric fund was appreciated. Welcome back any time.

We did not see each other. I was away when they asked to stay. That was no problem. When I returned home there was no sign of them having stayed on the yard.

We were so busy and it was so cold we didn’t get to visit. Quiet campers, hardly knew they were here. They kindly closed our gate when they left, thank you!

We enjoyed hosting CarlsBadWagon. They were friendly and courteous. Always welcome back!

Carlsbadwagon Very nice couple friendly and enthusiastic. They were respectful of the property. They were almost never here, hopping around and exploring So Cal and Mexico. Would welcome them back any time or recommend them to any Boondockers location. Happy Travels

No time for any personal connection

They were a bit behind in their schedule so there was no time for getting acquainted. They had a flat tire to repair on the morning they left so I think they forgot to leave a donation for the power, but I doubt they used much since they were gone exploring Sacramento and Yosemite most of the time they were here.

Very active couple visiting places here and there, as far as staying here, they were great, and respectful. i would host them again.
keep living the dream!!!

Didn’t get to visit long . Great people. Glad they got to visit Portland. I would recommend them anytime.

CarlsBadWagon was only here for one night - unfortunately the rain had arrived and our camp area was a bit muddy - sorry. Friendly and enjoyed talking with them and hope that they can stay when the weather is a bit more agreeable and we can spend more time talking.

It was fun hosting CarlsBadWagon, they were super guests. Hope you had a nice stay...sorry about the rain!

CarlsBadWagon only spent one night at our property but they were quick to communicate as plans changed on both ends and quiet, respectful guests. We would happily host them again if they return to our area!

Enjoyable couple with lots to share with us. They even entertained another boondocker couple that returned back to our farm for a day....and made friends.. Enjoyed our evening conversations along with a glass of wine.. They are welcome to come stay anytime! We hope to meet up with them again this winter in AZ...

Great friendly guests! Worked with me when I needed to get a power outlet that worked for them.

Truly enjoyed hosting these very interesting people for a couple of days, spent an evening exchanging stories, We envy there way of life traveling North America wished we had the balls to do that at there age

Very nice people and I enjoyed meeting them. They are welcome to our home anytime,

Such a nice young couple!

We had the pleasure of hosting this couple for 3 days and we really enjoyed their company. We absolutely fell in love with their Cat, such a cute little furrball. We wish them good fortune on their journey and would welcome them back in a heartbeat if they ever pass our way again.

Great visit for first time Boondockers, glad we can host. Glad to host on their start of long adventure, great guests, to host.