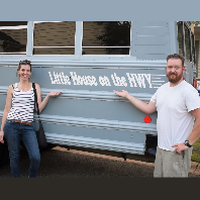 Elizabeth and Richard met in 2010 while working in Hawaii on Norwegian Cruise Line's Pride of America. Since leaving the ship they've lived in California and later moved to Georgia so Elizabeth could pursue her Master's degree in American Studies at Kennesaw State University. They bought their rig in April 2018 and moved into it four months later. They spent the past year traveling throughout the United States, and hope to make it to all 48 states in the continental U.S. by early 2020.

Writing! Oral history interviews! Video making! Acting! Improv! Useless facts! We are also open to handy work, gardening, landscaping, or other projects you may have that need attention.

No kids, no pets. 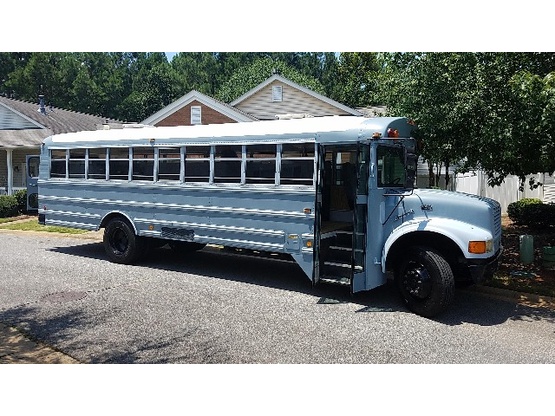 Our rig is a 1996 Thomas International school bus tastefully converted into a mobile home.

I am so late in getting to this but always want to leave references for people as they travel and these guys where very easy to host that's for certain. We didn't actually get to meet which I am really sorry about but glad it went smoothly for them and enjoy checking in on them through YouTube and Instagram. You guys have wonderful and safe journeys!

Richard & Elizabeth are well traveled, so helpful and again, I was sad to see the big grey bus roll away. Come back anytime you two!

Entertaining, affable, experienced adventurers who accomplished more chores so thoroughly that I think they should start a business with Boondockers as cover agency. I am so happy when I pass my garden (no weeds and it’s refurbished) sit on the porch (replaced screen), fixed fence of chicken coop, took up carpet in RV and installed new flooring, all the while working on their bus. Amazing! Richard & Elizabeth are so relaxed and interested in everyone they meet. My family surely liked them and the big grey bus is welcome anytime!

Such congenial folks, and I like seeing their “little house” on my property instead of the highway. They did a clever conversion of the bus in a short time and it is a great job.