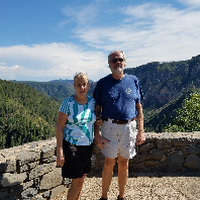 We are a retired couple full timing in our motorhome. After living overseas for several years we retired in 2015 and couldn't decide where to settle down, so we decided to move in to a motorhome and we've been exploring North America ever since - and enjoying every minute of it!

I was an IT tech during my working career and I like troubleshooting any kind of technical problems, which really comes in handy with a motorhome!

No - our beloved Ike (Border Collie/Springer Spaniel mix) died in 2007 while we were living in England and we just haven't been able to replace him. We have a painting of him in the coach so he's still with us in spirit - he would have loved it!

We really haven't done much boondocking other than an occasional overnighter at a Walmart!

We have been wintering near Orlando, Florida the last 3 years but we have found a nice spot near Parker, Arizona for this next winter (2018-2019). My wife Glenda and I are both originally from near Marion, Indiana but we moved to Oregon in 1974 where we lived for 14 years before starting our overseas adventures - first on the island of Guam then on to England and Germany. 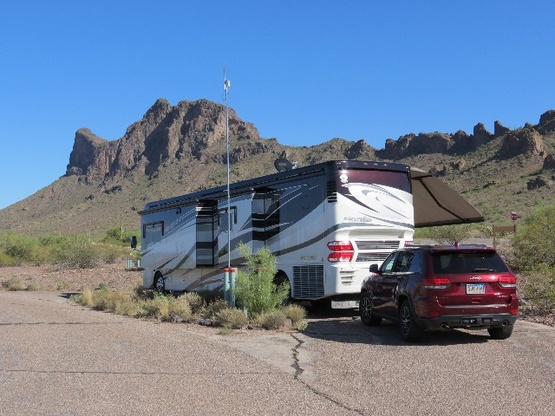 Didn't even know they where here.

Nice folks, nice bus. Between our schedule and theirs, didn't get to talk to them much.