Dutch couple in this lovely part of France

We left The Netherlands in 2004 to find a place in France. Although the language isn't easy we love to enjoy the French culture and have more space than in The Netherlands. Food, wine, traveling, climate and nature do contribute the good living in France. Since 2015 we moved to Bergerac in the departement Dordogne.
Our home is not far from the City Center and so ideal to visit. The town itself offers many restaurants/terraces and the area is well known of its vineyards and chateaux.
We both live in a modern house with limited space for boon docking, but in principle everything is available to enjoy a pleasant stay.

Other than simply build up skills by RV-ing are not available, but a technical look is always there.

We don't have pets, but our neighbor keeps some sheep and chickens.

We experienced traveling in most parts of Europe. France itself is very popular. There are many RV-ers on their way in France. Many communities have their boon docking locations. These are mostly free in stay, water and dump. Reason that many European RV-ers love traveling in France and hop from stay to stay. (so called: aire de camping-car). Apart from that we visited USA and Canada with our own (shipped) RV in 2013 for 6 months. We planned to do so again in 2018.
But also the southern part of Europe with the good climates (Spain, Italy, Greece and Turkey) have been visited several times. In terms of boon docking France and Germany are most favorite. Syria (before the war) and Jordan were on our bucket list as well.

Bergerac is an old city, known from it's wines (Bergerac, Montravel, Pécharmant, Monbazillac). In the very past Bergerac was also a center of the tobacco activities. Dried tobacco leaves were transported by boat on the river Dordogne. Bergerac has an interesting old center and a small harbor for boat trips on the river Dordogne. The town center is on walking distance from our home. Cyrano de Bergerac is well known from the original book and afterwards the drama and film. The statue of Cyrano (with his big nose) can be found in the city. 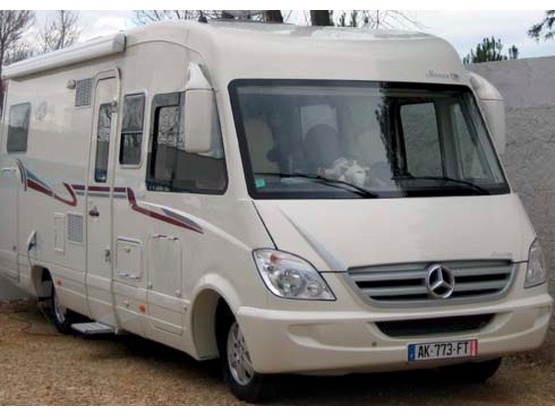 So glad you came!

I am super late getting to this but it was wonderful to have these folks and do hope they come back when the weather is a bit more cooperative. Always Welcome Here!

Very nice couple from Europe. Really enjoyed talking with them. Got a whole different perspective on Rving.

Great couple... Welcomed back on their next trip to USA!!

We wish we could have spent some more time to get to know them! Great couple from the little time our schedule and their travel allowed us to spend together!!

What a nice couple! Got to chat a bit about their travels and where they are from, interesting chat! they are welcome back anytime! Safe Travels!
The Elliotts

Thanks for stopping by and you are welcome to return at any time. Nice meeting folks from overseas!
Wish we had more time to spend but it was a very busy weekend for us! Safe travels!
Donna and David

We had the pleasure of hosting the Bergeracois couple on their recent trip thru North America. They are the perfect guests, friendly, courteous, and treated our site like it was their own. We had a few short chats with them about their travel experiences, what a wealth of knowledge, wish we where less busy and could have had the time to share a glass of wine around the campfire and share further. Good luck on the remainder of your journey and safe travels back to your home. If we get the chance to travel thru your region we'd love to stop in for a visit and hopefully visit your hosting site and have a chance to share some wine, cheese and that awesome french/dutch bread!

Bergeracois are very intersting to receive . They are discret and autonome.
We appreciate talk whith them about our either passion, the travels. We recommand highly them and wish they w'll have a safe return.

I had the chance to have Els and Hans over for a few days. I was sad when they left !! They are the perfect guests, pleasant, respectful and nice. I had the pleasure to have a few glasses of wine with them after a long workday, a nice memory ! Hope to see you again someday.

A pleasure to host! Would welcome back again.

Such a great and friendly couple, meeting good people like them, is more like an Honor to us. Thanks for comming all of this way to us.

Very polite folks and lots of info about their travels and potential travels for us. Would welcome them back anytime.

A delightful couple that so patiently listened to all of our questions about where they live and what they drive. They truly boondocked and thought nothing of it; simply a matter of how they live when RVing. We enjoyed their stay.

We really enjoyed Hans and Els visit. Sadly, it was too short. We are traveling to Europe next year and hope to see them again in France. We miss them.

Another good guest stayed at the Gamekeepers Cottage

Was nice to have you stop by on your trip, you can come back any time.
Take care.
Wayne & Pauline

Sorry about the construction! It was so nice to meet you - I wish we could have visited longer! Enjoy the rest of your travels.

We very much enjoyed having Hans and Els visit in their immaculate and well-appointed RV. It was interesting to hear of their North American journey and also of their experiences living in Europe. They were conscientious, courteous and friendly guests .. we would welcome them back any time. We hope the remainder of their trip is trouble-free and enjoyable!

Wonderful Visitor to our Home

Ils and Hans are just amazing, enjoyable and independant guests.
Oh yes . . . they are currently the only boondockers in France at the moment!
As we are leaving for our first trip to Europe in five more sleeps to meet with two previous boondockers that have become our long term friends, these two travellers are from France / Netherlands and a wealth of knowledge at the time we desperately needed it.
Amazing how we are able to meet couples (and friends that we have not yet met) through Boondockers Welcome.

Wonderful couple in a very nice self contained unit. A pleasure to host! Would welcome back again.

We thoroughly enjoyed visiting with these guests and learning about their country. Would be happy to have them as return guests.

This is a very nice couple..we enjoyed their short stay. They are welcome here anytime..and we hope they come back again.

Great European couple traveling the states. Would welcome them again any time. They have a great European RV as well.

They stayed with us for just one night but dropped by in the morning to have a nice visit. They would be welcome to stay any time if they needed a place!

Warm, welcoming, and very helpful hosts with a nice place to boondock. Quiet yet close enough to walk to the historic area of Bergerac.

Bedankt, it was nice to meet our old "Boondockers" friends.