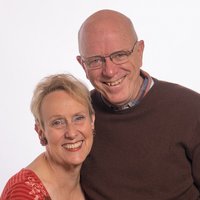 An active pair of smiling seniors, out to see the world.

We've conquered all 50 states, 40 countries, 5 Canadian provinces and 5 continents - and we're still going. We got spoiled traveling on a corporate expense account, but since retiring eight years ago, we've been doing it on a Social Security budget - finding off the beaten path little towns and attractions and enjoying life in an entirely different way.

We're freelance writers/photographers - covering real estate, travel and technology. We also spend a considerable amount of time volunteering for our church and the American Red Cross.

With seven children and now 18 grandchildren, we don't get away as often as we used to - but that's fun as well. Now we sometimes travel just to keep up with the kid's football, music and acting engagements.

Wish we had discovered BoondockersWelcome before now. We used to have four acres in the country, but last year we downsized to a little two-bedroom condo in a rather restrictive community.

We're probably as low-maintenance as any guest you might host. We typically arrive around dark and we're usually gone at sunrise or earlier the next morning. We'd really appreciate the opportunity to use your driveway.

Photography, writing and publishing are three of my specialties, and have been doing all of them for many years. I now publish two magazines just for the fun of it.

Just joined in September 2017, so we haven't had the opportunity to try any of your locations yet. Up to now, our only boondocking experiences have been in Walmart parking lots. This year, we'll be traveling more in the mid-Atlantic states.

We're from Northeast Ohio - presently in Strongsville, and formerly from Columbia Station. 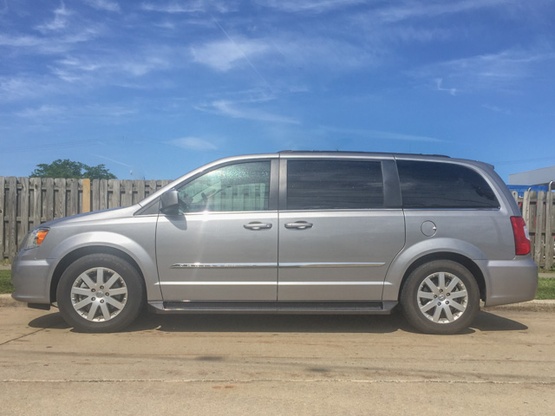 We're driving a converted 2016 Silver Town and Country van with double bed, single burner stove, cooler, curtains and chemical toilet. It's not much room to move around in, but we've equipped it to be comfortable for sleeping and overnight necessities. We've done 3,000-mile road trips in it and been quite comfortable. Would love to upgrade to a Sprinter type van, but we needed something that would fit in our two-car garage. Our van fits in a standard 20-foot space.