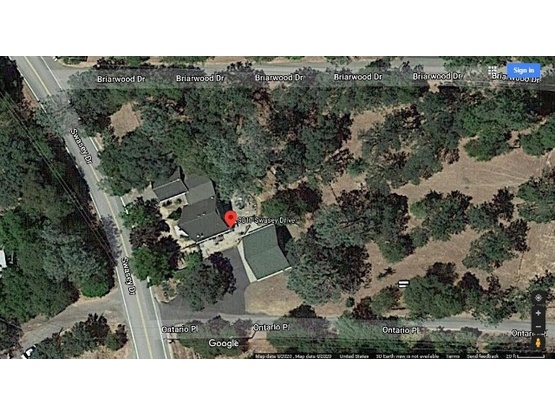 This photo is from Google Maps, prior to the damage from the CARR fire in July 2018. The parking area for your vehicle is in front of the large garage on the south side of our home. The Blue Oak tree in the center of the driveway is no longer there. 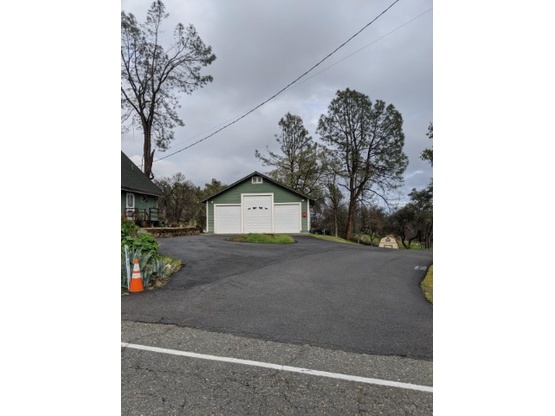 Parking area in front of this garage on the south side of our home. 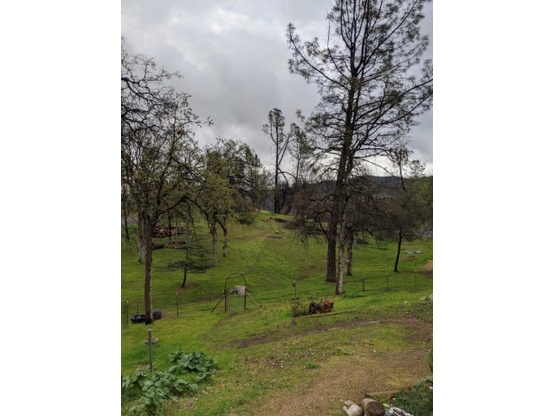 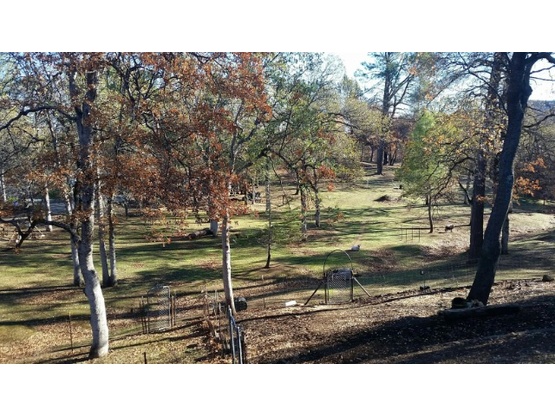 This is our property east of the house. we have 2.5 acres with several species of trees, Blue, Black and Live Oaks; Grey Pine and Knob Cone Pine. Many did not survive the conflagration of Thursday, July 26, 2018.

We are located 5 miles west of Redding, California in the foot hills south of the historic town of Shasta.

Our home survived the CARR fire of July 26, 2018. But much of our neighborhood did not survived, there are still many burned, standing trees in the area.

At least 966 homes and buildings have been destroyed and 193 others have been damaged by the Carr Fire so far, with 5,012 structures still threatened by its flames. Some residents over the weekend returned to ashes where their homes once stood and rummaged through the destruction to find valuables,

Due to fire danger No smoking on property; and we have a fenced in field behind the house, this is a great place where you can let your dog run and play.

Paved roads to our home.

Next to the rig.

We are waiting for this pandemic to subside. 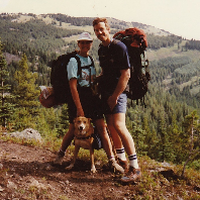 Lovely quiet stay under the stars

Lucked out with a beautiful clear night despite local fires blazing (not too close!). Humbling to see the recovering devastation from fires in years past. Welcoming and kind host, would happily stay again if back in the area.

We had a lovely stay in Redding with ShastaDi & hubby. We really appreciated them opening up their farm to us. Our little daughter loved it too & still asks after them & the sheep.

Awesome place to stay and such nice hosts. Very thankful I got to stay here.

ShastaDi was a supper host.......we parked in their driveway and chatted for several hours. The conversation touched on camping, travel clubs, cycling in Eorope, and of course the devastating fire and firenado that swept through their property and the Redding area in 2018. Very facinating and resilient folks...... we wish you both all the best that life has to offer you as you plan your future.

The folks over at the Raw Deal Ranch welcomed us and showed us where to pull in our rig. They offered water and electric and the use of their patio. Super friendly couple who also gave us some tips about what to do in the area and where to eat. The area was devastated by fire last year but is starting to recover with lots of new housing being built and the flora coming back. Very close to Whiskeytown lake. Thanks for being such wonderful hosts and a great addition to the BDW community.

I was exhausted when I arrived at their lovely home. They hooked me up and I went to lay down. Slept well in their cool driveway!

My hosts helped me park on a level spot. They offered me a 120V electrical connection, which I accepted, and water, which I did not need. They are very nice people. Their area was in a very big fire in 2018, but their house was spared. The parking spot is on level concrete and a slightly sloped paved driveway. It isn't too far from I-5. There are two ways to get there; the directions they gave and the one my rig's navigation wanted me to go.

A warm welcome for this Australian couple

A truly hot welcome from these Boondockers in Redding. The mercury soared to 111 degrees just for us!
Yes, it was a pleasant stay with Tim and Dianna. It was a first hand experience of the 2018 bush fires, and the effects on peoples lives. We enjoyed our time there
Thanks

We stayed for a night on our way from Southern California to Portland. After being on the road for 12 hours with lunch and gas stops, their home was perfect for us to park for the night. Despite the fire damage from last year throughout the whole of Shasta/Redding, you see people re-building, and you see the forest trying to grow back all over. It is beautiful and quiet.

They have a circle drive way but it is too small for a large rig to get all the way around so we pulled around as much we could and simply backed out in the morning, that all worked out very well and they were a great help.

The hosts are absolutely wonderful people. Very friendly and we very much enjoyed their hospitality and company. Highly recommend this location and this couple.

I really enjoyed my night’s stay at Raw Deal Ranch. The hosts are friendly and will make you feel right at home the moment you meet them. Their property is quiet and peaceful. I would highly recommend them!

ShastaDi was so warm and welcoming to me and my daughters from the moment we connected. They were so kind and genuine during our stay, I felt like we were staying with family! I definitely look forward to staying with them again on our next journey through their area. Thank you again!

Amazing, courageous people - hope to return to the area someday

ShastaDi have been welcoming and gracious to open up their ranch to share with fellow boondockers. They kept in constant communication with us while coping with the Wildfires that destroyed much of the area they live in. They are safe and last I heard the sheep are safe. I am hoping all who have had the privilege of staying with them or all who will yet stay with them will send positive energy their way as they work to recover from the devastating 'Carr' fires.

Just outside of Redding. Quiet and peaceful. Easy access and very level. Nice property. Mike and Diane could not be any nicer!!!

We seriously had such a great time with ShastaDi! Their propety is lovely, they’re welcoming, generous, and thoughtful hosts! we would have stayed longer if we could have and hope to come back someday. thank you so very much!!!